Amid N.Y. Recovery, Cold Snap Hits; Nor'easter on the Way

NEW YORK (Reuters) – A housing crisis loomed in New York City as victims of superstorm Sandy struggled without heat in near-freezing temperatures on Sunday and nearly 1 million people in neighboring New Jersey shivered in the dark without power. 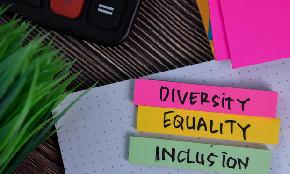 While many businesses have made DEI issues a priority, delivering tangible results can be difficult.