Meadowbrook Under Review by A.M. Best

On the heels of Meadowbrook Insurance Groups announcement that it was adding $31 million to its reserves, rating agency A.M. Best Co. says it has placed the insurer under review with negative implications.

On the heels of Meadowbrook Insurance Group’s announcement that it was adding $31 million to its reserves, rating agency A.M. Best Co. says it has placed the insurer under review with negative implications.

Meadowbrook currently has an A.M. Best financial strength rating of “A-minus,” but the agency says there is a “reasonable likelihood that the ratings (the financial strangth and issuer credit ratings) will be downgraded” based on the specialty program manager’s admission of more losses for prior years 2011, 2010 and 2009, as well as “earnings prospects going forward.”

Depending on where you live, the impact of the current inflationary boom could be more or less severe. 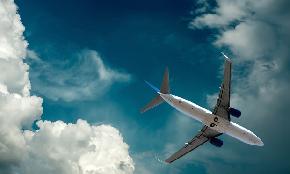 What lessons can the aviation insurance industry draw from the pandemic and past years of extreme weather?