Europe's biggest insurer, Allianz, is worried about the role central banks may have played in an interest rate rigging scandal that has enveloped some leading international lenders, the insurer's chief financial officer said on Friday.

FRANKFURT (Reuters) – Europe’s biggest insurer, Allianz, is worried about the role central banks may have played in an interest rate rigging scandal that has enveloped some leading international lenders, the insurer’s chief financial officer said on Friday.

“We do not find it funny, what has happened, in particular the arising implication that it is not just the banks but central banks being involved in this,” Oliver Baete told a conference call with analysts.

“That really gives us cause for concern,” Baete added. 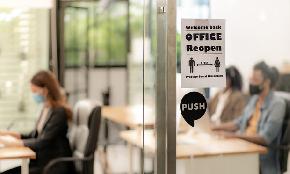 The trailer sales company was cited following an inspection which found a dispatcher died from the virus after 11 employees test positive at the facility.