Latest MarketScout report indicates that the soft-market cycle may be over.

“November 2011 is the first composite-rate increase since the soft market began in February 2005,” he adds in the company’s November Market Barometer report.

Compared to the same month a year ago, commercial rates for every coverage class are at least flat, with 2 percent increase in commercial property, business owners’ policies, and workers’ compensation.

Broken down by industry class, 1 percent increases were seen in manufacturing, contracting, habitational, transportation and energy. Rates were flat for service and public entity classes.

The only downward rates seen in MarketScout’s November analysis were witnessed when results were broken down by account size. Jumbo accounts (over $1 million) measured a 1 percent rate decrease. 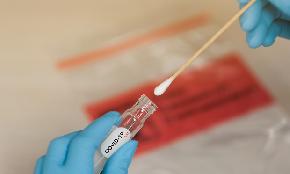 Employee COVID testing: Worth the effort?

Bogged down by issues of cost, access, logistics and employee privacy, tests aren’t part of most back-to-work plans. U.K. court to weigh whether insurers should pay for COVID-19-related B.I.

The Financial Conduct Authority's (FCA) business interruption case began on July 20 and will take place over a span of eight days.