What is the scariest risk in an insurance broker’s area of expertise?

London-headquartered insurance broker Willis Group Holdings on its WillisWire blog has listed the 21 scariest risks in the areas of expertise among its individual experts. The risks range from bird flu to weapons of mass destruction to the Macondo Mach II oil spill disaster in the Gulf of Mexico, as well as data breaches and other risks that can go bump in the night.

Take a poll at the end and see which risk is scariest for your business.

In the energy industry, the unthinkable has perhaps already happened: The $40 billion in losses associated with the Macondo well that blew out last year were utterly unprecedented. Most of that risk was uninsured, so the energy market got off relatively lightly in this case. But as the drive to drill wells similar to Macondo continues, the nightmare scenario for the energy market is the “perfect storm” of another blowout of a similar nature combined with a Gulf of Mexico windstorm on the scale of a Katrina, Rita or Ike. That would almost certainly lead to underwriting losses that would be sufficient to prompt a potential capacity crisis…

When we are young, our parents calm our fears of the dark by turning the light on so we can see that there is indeed no bogeyman under the bed. But what would happen if the light didn’t come on? Scary thought. Most of the energy required by the power stations around the world comes from coal, and most of the coal is found in areas of the world which are prone to natural catastrophe. …Trying to predict and manage the forces of nature is a more than difficult task as the recent spate of unexpected natural disasters goes to prove. Trying to mitigate and manage the impact of these forces on the coal mining industry is proving to be the challenge of the moment for miners and insurers alike…

Terrorism remains a fundamental risk-management challenge in its unpredictability from the perspective of frequency, mode of attack and target. Terrorists have used planes, mail bombs, anthrax, printer cartridges, shoes and underwear among other techniques to pull off attacks in places as disparate as Oklahoma City, Madrid and Sri Lanka. …Terrorists have many guises—not just the religious extremist, but the environmentalist protecting migratory bird flight paths, the radical anti-government protestor, or the one opposed to controversial research at a medical facility…

The threat of escalation of Europe’s sovereign debt crisis continues to make me wake in a cold sweat. The focus has so far been on Greece and the Franco/German attempts to manufacture a solution that protects French banks whilst being just about palatable to the German parliament and populace. But Italy is the key—surely no central fund can be big enough to bail out an Italian default. So much depends on sentiment and credibility…

Nothing strikes fear in the hearts of financial managers like the phrase “data breach.” Banks, asset managers, insurance companies and the like, all handle volumes of private financial data. We are bombarded every day with the news of computer hackers and viruses, but breaches can just as easily happen from lost files or mishandled waste. Perhaps, most terrifying is that the cost of a breach keeps increasing. …When the cost of regulatory fines, call centers and loss productivity are added in the cost can be, well, frightening. But for a truly horrifying experience, multiply the number of your institution’s customers by $200. This will give you some sense of what’s at stake with your network security…

Are black boxes creating Black Swans? As regulation for the global insurance industry tightens and converges, companies are required to develop and build their own internal economic capital management models around the same underlying assumptions, with catastrophe risk assessed by the same black box vendor models. Are we running the risk that in encouraging all companies to follow similar risk management practices, we are creating an inherent systemic risk which we cannot currently recognize, assess or control, ironically leading to a Black Swan scenario?

There is no more scary risk in health care than obstetrics. Obstetrics is the chief concern of both hospital and physician underwriters due to the potential for large awards…

As aging power plants are closed, the margin of generating capacity in the UK over demand, which used to be over 30 percent before the industry was privatized in the early 1990s, could fall to as little as 5 percent by 2018. As a rule of thumb, 20 percent is generally considered to be an appropriate margin. The investment required to replace this lost capacity with new plants, mainly nuclear and renewables, is thought to be around &pound;200bn, but with no end in sight for the current economic woes, will banks and other investors be ready or able to stump up such a huge amount…?

As governments around the world continue to struggle with balancing their budgets, benefits under public health programs are being scaled back and the costs increasingly shifted to employers and individuals in the private sector. As a result, employer-sponsored health programs are growing rapidly and increasingly becoming the most utilized and valued benefit program offered to employees. The financial impact of this trend is becoming significant and quickly gaining the notice of CEOs and CFOs who continue to hold down operating costs as they look at an expected slow-growth global economy over the next several years. The rise of health care costs on a global basis is so dramatic that it is becoming one of the biggest financial challenges for multinational companies and organizations. …At present trends, health care costs around the world could double in just over 7 years. Talk about hard markets!

With the West facing the prospect of a double-dip recession, growth will depend to a large extent on the ability of banks to lend. In its current guise, the new Basel Accord will greatly impact banks’ funding costs, hiking up the cost of trade credit and undermining cross-border business—potentially resulting in a new liquidity crisis. The score is currently: Basel III; Exporters Nil…

One of the surest truisms well known to those who work in or with the Middle East is that nothing really is as it appears. We have lived through 2011 with the promise of an Arab Spring only to be disappointed by dictators who refuse to leave their lucrative posts…. While we, in the West, continue to try and impose our version of democracy on these various states, the deep-running regional fault lines still present a significant threat to the oil and gas reserves upon which we depend…

A recent issue of New Scientist magazine informs us that the H5N1 avian flu virus is now just five mutations away from being capable of human-to-human transmission. …Being a particularly unpleasant virus with a 60 percent human mortality rate, the risks to a country like China are severe, with densely populated metropolises such as Guangzhou and Shanghai and a relatively young population towards whom the virus is most deadly. The world has been lucky so far that H5N1 has not evolved. Will our luck hold?

Global: The Death of Innovation

The scariest thing facing our industry is…ourselves! Insurance is too often criticized, many would say fairly, for failing to truly innovate. The world changes every day and no more so than in the last decade, yet the insurance industry barely reacts or changes at all. Collectively we must learn to both demonstrate the real value of what our industry does, but more importantly develop innovative solutions that meet the rapidly evolving needs of our customers…

What should be keeping board members awake at the moment is the fear of finding themselves suddenly shorn of the protection usually afforded to them by the corporate veil. Insolvency is a game changer even in a benign liability regime like the UK’s. According to the Insolvency Service, in the 12 months ending Q2 2011, approximately 1 in every 139 companies went into liquidation. When a company becomes insolvent, control shifts through the liquidator to the creditors, but the scariest part is that the legal fiction of the company continues to exist after corporate “death” and is still quite capable of suing the directors thus overcoming all the usual defenses such of duty of care etc…

Supply chain disruption is new Nightmare on Lime Street. Some ex-colleagues of mine in the aerospace/defense and pharmaceutical sectors still seem ignorant as to what this actually means and how it could affect them. Their order books are full, their products are leaving their sites on time, to quality and within budget, and buffer stocks seem to be in place. Then one day they hear about a small supplier going bust. The usual reaction is “Oh, it’s only a small supplier, why should we be affected?” Well, it could just happen that the supplier in question provided a unique component or product that was used right across their product portfolio…

Financial Services: Companies in the Dark About Risk

It can be said that insurance is “a solution trying to find a problem.” In the financial services industry there are many, many problems, of course, which continue to dominate newspaper headlines. These problems are defined as “risks” in corporate speak. What is frightening is the number of organizations that still do not have a clear understanding of which risks are mitigated through the insurance they already purchase…

Scary stuff this Solvency II! Especially if you’ve got a captive in the EU or trading into it. But hold on, let’s not get carried away. Our research shows that most EU captive strategies remain viable albeit in some cases with some re-engineering into cell structures and/or amendments to business plans. Sure, required capital levels have increased, but in many cases captives already have sufficient resources to meet this. The spectres of increased risk management and governance requirements for EU captives are, with good management support, thoroughly manageable and in many cases do not go significantly beyond existing best practice…

Real Estate owners come to us to help them mitigate both recurring and new nightmares. For those of us interested in risk identification, quantification, and mitigation, these nightmares include age-old issues related to mass torts, pandemics, environmental catastrophes, natural catastrophes and man-made issues such as employee dishonesty and other criminal acts. New nightmares have emerged in the recent past which could include weapons of mass destruction, such as global terrorism, and the use of weapons of mass disruption including issues relating to cyber risk…

The trouble with a Halloween blog about air transport is that it isn’t or shouldn’t be scary. It is statistically one of the safest things you can do. The industry continues, despite all the recent economic challenges, to maintain and improve its safety standards. New technology, mergers in mature markets and growth in emerging economies are only enhancing the risk profile of the industry. Sure the industry has its own set of horrors, not least the fuel price, but the flying is not scary at all…

Luckily it’s not all doom and gloom this Halloween—insurance solutions exist. But is the scariest risk for your business? Take the poll at the bottom of the page here and see… 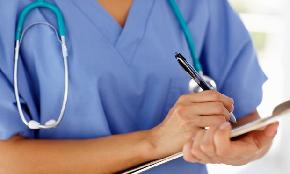 Deadline Extended! Nominations for the 2020 Excellence in Workers’ Compensation Risk Management Award are being accepted through June 30.