Japan's government said the cost of the earthquake and tsunami that devastated the northeast could reach $309 billion, making it the world's most expensive natural disaster on record.

TOKYO (AP) — Japan’s government said the cost of the earthquake and tsunami that devastated the northeast could reach $309 billion, making it the world’s most expensive natural disaster on record.

The extensive damage to housing, roads, utilities and businesses across seven prefectures has resulted in direct losses of between 16 trillion yen ($198 billion) and 25 trillion yen ($309 billion), according to a Cabinet Office estimate Wednesday. 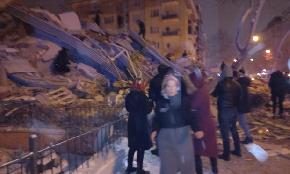