What Do Payers Really Want?

What do workers' compensation payers really want in a claims system. Answers from two critical groups.

The workers’ compensation claims system is the heart of any payer’s operations, directly affecting productivity, losses, compliance, marketing, and productivity. Despite spending tens of thousands to tens of millions of dollars annually to update, replace or modify claims systems, payers’ satisfaction levels seem to invariably waver as systems cost more than budgeted, take longer to implement than planned, and are often partially outdated by the time they’re implemented.

So, what do workers’ compensation payers want in a claims system? Joseph Paduda, principal of Health Strategy Associates (HSA), and I decided to find out by conducting HSA’s First Annual Survey of Workers’ Compensation Claims System. The online survey probed the opinions, perceptions and attitudes about current systems as well as payers’ wish lists for the “ideal” system. It also examined perspectives on functionality, the purchase decision-making process, pricing, vendors, and opportunities for improvement. 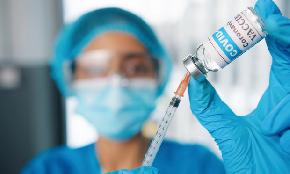 Employers should assist their workforce in submitting vaccine records while making sure systems that are in place meet compliance and security guidelines.