Swiss Re: Insurers Hit With $36B In Losses From 2010 Catastrophes

Natural and man-made catastrophes have caused an estimated $36 billion in losses for insurers in 2010, a 34 percent increase over last year.

Natural and man-made catastrophes have caused an estimated $36 billion in losses for insurers in 2010, a 34 percent increase over last year, said Swiss Re.

As more P&C insurers offer insureds the opportunity to file claims online, policyholders have come to expect a speedy and seamless claims experience. 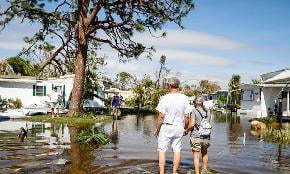 The legislation will provide an extension for the National Flood Insurance Program through December 16, 2022.