Megi could impact several major cities and Chinese products, such as garments, plastic, ceramics, stainless steel and toys, EQECAT said last Wednesday when the storm was in the South China Sea with maximum sustained winds of 109 mph–the equivalent of a Category 2 hurricane. 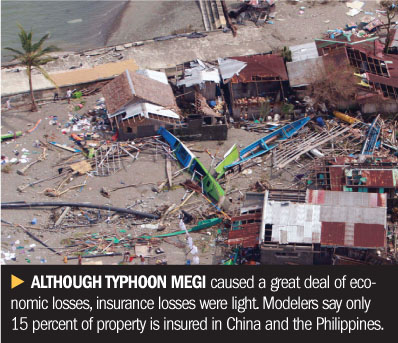 EQECAT said its range of estimates for economic damage included property assets, building and contents from residential, commercial, industrial and agricultural sectors, but not government property, infrastructure, crops or livestock. The estimates also do not include loss of income.

Quantum computing, deeper AI and omnichannel CX were among the threads running throughout the insurtech conference.