According to the “Reinsurance Underwriting Report, conducted by the Reinsurance Association of America (RAA), the 19 U.S. reinsurers tracked reported 2010 first-half net written premiums of $12.3 billion, down from $12.8 billion for the same time period in 2009.

Wednesday’s order came amid widespread concerns about how the Category 4 Hurricane Ian will affect an already-troubled Florida insurance market.

Creating success in a business-to-consumer environment

The pandemic has forced companies, including insurers, to reconsider how they sell and service their products to customers. 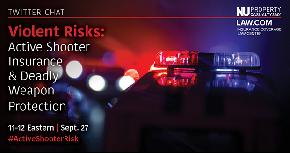 The wide-ranging chat saw the panel revealing some sobering statistics about the rising threat of violence in the workplace.