In its latest ForeCASTSM analysis, the National Insurance Crime Bureau (NICB) reported a significant swell in both hail loss claims and hail loss questionable claims (QCs). When NICB examined data ranging from January 1, 2006 to March 31, 2010, the organization found that the number of hail loss claims filed with insurers increased by 61 percent — from 256,000 in 2006 to more than 413,000 in 2009. At the same time, the number of claims referred to NICB for suspected fraud rose by 136 percent (from 301 reported in 2006 to 711 in 2009).

Divided into five sections, the report contains a comparative geographic breakdown of both hail loss claims and QCs by each state and conclusions based on the results. A total of 1,245,971 hail loss claims were identified during the designated timeframe. The brunt of hail loss claims occurred in the spring and summer months, between April and July. This is likely because of increased numbers of thunderstorms during this time period, noted NICB. Data also suggests that hail loss claims and QCs are most heavily concentrated in the central region of the U.S. However, seven of the top ten states with the highest hail loss QC-to-claim ratio fall outside of that area. 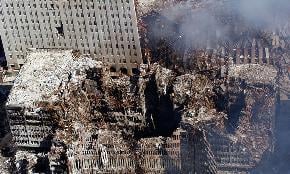