The Commercial Insurance Agency of the Year Award program, run for the past eight years exclusively by National Underwriter, is being expanded.

By Staff Writer | April 29, 2010 at 08:00 PM | The original version of this story was published on National Underwriter Property & Casualty
X

The Commercial Insurance Agency of the Year Award program, run for the past eight years exclusively by National Underwriter, is being expanded and managed in partnership for the first time with its sister publication, American Agent & Broker, with entries due by July 1.

In past years, NU editors, working in conjunction with outside judges from the industry, would give out awards to three agencies–with one named the year’s “Champion” and the other two receiving an Honorable Mention. 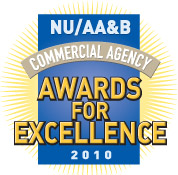 Insurance professionals and their families could qualify for these commonly missed tax breaks when filing 2020 returns.