The insurance and journalism worlds lost one of its best last week when Philip "Phil" Schreiner passed away on Dec. 10, 2009, after a short battle with lung cancer. 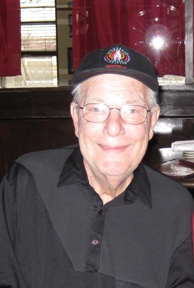 The insurance and journalism worlds lost one of its best last week when Philip “Phil” Schreiner passed away on Dec. 10, 2009, after a short battle with lung cancer.

Phil took over as editor in chief of Claims Magazine in late 2000, and retired from the magazine in May 2008. It was under his leadership that the magazine went through several successful redesigns and launched its web site. Throughout his 40-year career, he was the winner of almost two dozen Jesse H. Neal Awards from American Business Media — journalistic awards often referred to as the “Pulitzer” of business media — and brought the magazine into the 21st century with ease while maintaining a strict sense of editorial integrity. He covered groundbreaking claim issues that ranged from mold and asbestos to insurance implications of 9/11 and Hurricane Katrina.