Insurers Back In A Circular Firing Squad!

The insurance industry shot itself in the foot once again with the clumsy release of a study claiming that the Senate Finance Committee's health care reform bill ...

The study, done on behalf of America’s Health Insurance Plans (http://bit.ly/1PKPHL), has blown up in the industry’s face. The backfire might leave health insurers worse off than they were prior to the report’s release, providing ammunition to those who insist a public option is the only way to truly reform this shell game of an insurance system.

The study exposed some critical weaknesses in the Finance Committee’s bill, such as a penalty for remaining uninsured that’s too soft to compel most people to buy coverage, as well as fees on insurers and high-level benefit plans that will likely be passed on to consumers–commercial and individual.

But the presentation of the results came across as self-serving and sour grapes, and was introduced into an already toxic atmosphere in which insurers are increasingly being perceived by one and all as the bad guys in the health care reform drama. 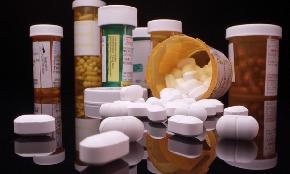