Hank Greenberg Has His Say

In response to my news article about his recent speech blasting regulators for failing to head off the subprime mortgage debacle that crashed the economy (see ...

In response to my news article about his recent speech blasting regulators for failing to head off the subprime mortgage debacle that crashed the economy (see http://bit.ly/e6bIs), a spokesman for Maurice Greenberg sent a letter, offering an explanation of how the enterprise risk management system Hank set up while at AIG might have gone awry after he left, prompting reckless trading in credit default swaps that left the company dependent on a government bailout to avoid bankruptcy. Click on to read the full letter:

Are your insurance processes tech-enabled or tech-shackled?

Every insurance-technology decision should be made with an enhanced customer experience in mind. 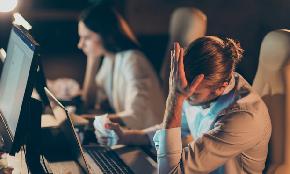