The results are in. This year's Claim Professional of the Year is John Foster, VP of Claims at Farmers Alliance Mutual Insurance.

On Wednesday, June 3, 2009 during the 13th Annual ACE America’s Claim Event, John Foster accepted his award for being named the 2009 Claim Professional of the Year. The award, which is sponsored by New England law firm Smith & Brink, P.C. and Claims Magazine, recognizes overall excellence in the claim-handling arena.

Recipients have demonstrated an earnest commitment in upholding the integrity of solid industry practices while actively seeking ways to improve claim processes. A glowing nomination form and an impressive track record of innovation indicated that Foster embodies these ideals, and Lauren Wilkins, shareholder and managing director of Smith & Brink, and Eric Gilkey, editor in chief of Claims Magazine, were all too happy to bestow this honor on such a worthy individual in front of a full crowd in the Roman Ballroom of Caesars Palace, Las Vegas. 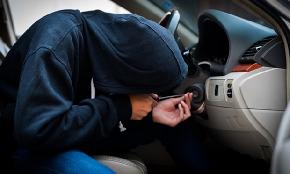 The number of stolen vehicles in the U.S. is expected to surpass 1 million in 2022, according to the NICB.