Fraud of the Week: Career Criminal Cashes In

A U.S. District Court recently found Teresa R. Gallop guilty of seven counts of insurance fraud related to health care. But this was far from the Norfolk, Va. woman’s first court appearance. Gallop, also known as Teresa R. Vick, had already amassed 60 fraud-related convictions and served time for a 1988 shooting death for which she pled guilty to voluntary manslaughter.

Her latest scheme — and presumably last, at least for the near future — entailed staging three auto accidents and filing phony medical claims for each to obtain insurance money. Gallop also filed fraudulent medical claims for a fourth, legitimate crash. The staged accidents occurred between 2002 and 2004 in Norfolk, Chesapeake, and Elizabeth City. Each time, she brought along children and placed them in vehicles after her son and another man ran the cars into each other, according to the testimony in the case. The testimony also indicated that Gallop and the children feigned injuries. As a result, Gallop collected close to $50,000 in insurance payments. 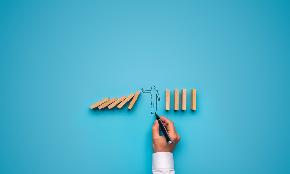