Many collision repair shops find it increasingly difficult to run their businesses profitably. A logical inference is that the current financial climate is to blame for this dilemma.

By Christina Bramlet | November 26, 2008 at 05:30 AM | The original version of this story was published on Claims Magazine
X

Many collision repair shops find it increasingly difficult to run their businesses profitably. A logical inference is that the current financial climate is to blame for this dilemma. However, the Society of Collision Repair Specialists’ (SCRS) second-annual survey, conducted by CSi Complete, indicates that excessive insurer influence is still an overriding concern for a large number of collision repair shops.

Indeed, the representative sampling of DRP and non-DRP survey participants attributed profitability constraints largely to what they perceive as “insurers’ undue influence and interference.” The provider of customer satisfaction indexing reported that this year’s findings echoed concerns revealed in the inaugural survey, as respondents cited essentially the same issues. Some issues, such as “insurers dictating the repair, lack of insurance field staff training, and database abuse/manipulation,” were rated as being more pronounced during the current year than in 2007. 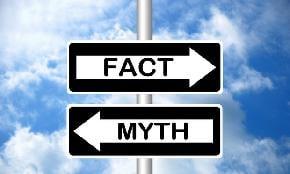