These are unusual times for the insurance industry in many ways. Insurance company profits are down, yet the soft market is hanging on strong and prices are dropping. Insurance companies are suddenly realizing huge

These are unusual times for the insurance industry in many ways. Insurance company profits are down, yet the soft market is hanging on strong and prices are dropping. Insurance companies are suddenly realizing huge savings through reserve releases. The government has taken over a controlling stake in AIG, the second largest insurance company on a net written premium basis (NWP)–who has not had a losing quarter in at least 10 years. The stock market is down, while insurance company investment income hit an all-time high last year.This all reminds me of the Dr. Seuss book “Wacky Wednesday,” in which nothing is as it should be. All of these wacky facts, however, start making more sense when one looks closely at the results rather than just reading the headlines.ProfitsBased on A.M. Best data, insurance company profits were down 14 percent in 2007 and are down 44 percent through the first 6 months of 2008 versus the same period in 2007. These are substantial declines, but prices are still falling. The reason? Insurance companies continue to post record profits. They recorded their two most profitable years ever in 2006 and 2007, and 2008 may end up being the third most profitable year ever.The profits the insurance companies are recording are substantial. A 14 percent profit decline last year still resulted in profits that were 65 percent higher than 2005, 75 percent higher than 2004, and 113 percent higher than 2003. And keep in mind, 2003′s profit was higher than any year since at least the early 1990s. Furthermore, this is real, operational profit and not simply a product of higher premiums. In fact, 2007′s NWP was only 5 percent higher than 2003′s NWP. In other words, insurance company profit margins have never been this high in modern times. As a result, profit has to decline severely, surplus must plummet from a catastrophe, or Wall Street must crash before companies are going to focus on profits instead of market share.A stock market crash is possible as evidenced by AIG’s fall, and while the public still does not know the full story, we know enough to realize that AIG’s stability was an illusion, and a lot of people bought into it–literally. This was driven mostly by the assumption that AIG primarily made money by selling insurance and aircraft leasing. The profits generated by AIG’s mortgage investments were rarely mentioned and glossed over by the illusion of insurance sales success.ReservesAnother possible, and many believe probable, illusion is that all of these profits are not real. Insurance companies are recording huge savings in reserves by realizing, within 12 months, that they have over-reserved billions in claims, even though many years are left before initial loss estimates are proven. Perhaps their original actuarial models were horrendous, and they’ve made great technological leaps to develop significantly better models to arrive at such material reserve releases. Otherwise, it does seem suspicious that reserve estimates could change so significantly and so quickly.Investment Income The market is down, yields are very low, and yet insurance companies made more in investment income last year than ever before. How can this be? This is a classic example of how only looking at part of the story can create an illusion. The illusion in this case is created when people only consider one component of investment income–the yield. In fact, there are two: the investment portfolio and the yield.If the investment portfolio stays consistent, then the only component that affects income is the yield (see table below).

As noted above, insurance company profits have been huge, resulting in large increases in surplus. Surplus in our industry is almost synonymous with investment portfolio. Therefore, insurance companies are making record investment income even in a downmarket, which is further contributing to their profitability and the soft market.I have heard many agents state that companies cannot be cash flow underwriting (setting prices below the costs of expected losses in order to earn investment income greater than the costs associated with underpricing the insurance product) because yields are too low, but those agents are only considering one factor–the yield. Companies can cash flow underwrite regardless of investment yields if their investment portfolio is growing fast enough, as it is now.GrowthInsurance is a very mature business and mature businesses grow slowly and steadily. Based on the 10 years of studies I have conducted, carriers who either grow fast or whose growth is volatile are rarely playing by normal rules and are rarely stable. AIG’s growth pattern, for example, was not one of slow, steady growth for the last 8 years.Agents, consumers, rating companies and regulators sometimes like to believe that some companies can somehow grow much faster than the industry while maintaining stability, but that is extremely rare and the only time I have seen it done successfully is when the company was smart enough to go to the markets regularly and raise even more capital on a proactive rather than a reactive basis. Very fast growth is most often indicative of future instability.Making the situation even worse, much of the insurance industry believes solvency ratings are equivalent to stability, so other indications of instability are too often ignored. Using AIG as an example again, AIG had an “A” solvency rating, yet it was taken over and it must sell billions of dollars of assets. Many people clearly do not consider it a stable going concern (although some subsidiaries may be), but it has a strong solvency rating.Solvency and stability are clearly not the same. Unfortunately, the industry is littered with carriers that are unstable but have a strong solvency rating. A review of S&P’s list of insurance carriers with credit ratings of BBB- or worse–BB+ and lower is considered junk status–shows approximately 230 carriers with junk debt ratings as of Oct. 1.Agents should choose very solvent and very stable carriers. Agents who do business with stable carriers have an opportunity to achieve significantly more success than those who flit about from one hot carrier to the next. Slow and steady growth may not be sexy, but in a mature industry, it is the path to success.FutureThe strength and length of the soft market depends on the fallout from AIG and potentially other insurance companies. It is unlikely the industry will lose so much surplus that the market turns hard. The rate of the price decreases will likely decline and renewals may even begin to flatten. To expect a hard market in the near future, barring a huge catastrophe, is unreasonable.Perhaps the insurance industry is not so “wacky.” Its behavior makes sense considering the enormous success companies are having. The key for readers is to look past the illusions and to be proactive based on the facts. Chris Burand is president of Burand & Associates LLC, an agency consulting firm. Readers may contact Chris at 719-485-3868, or by e-mail at [email protected]. 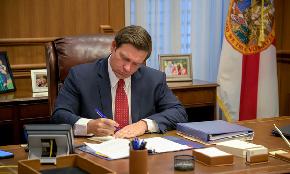