As Competition Heats Up For E&S Risks, Expect Flat Growth, At Best

After a growth sprint of 16.3 percent in 2006, surplus lines insurers may see direct premiums decline for 2007 and 2008, according to rating agency analysts who prepared a state of the market report

After a growth sprint of 16.3 percent in 2006, surplus lines insurers may see direct premiums decline for 2007 and 2008, according to rating agency analysts who prepared a state of the market report for the National Association of Professional Surplus Lines Offices. “There’s no question that the competition has been ratcheted up a great deal by the admitted-market companies coming back and competing for surplus lines business,” according to David Blades, a senior financial analyst for Oldwick, N.J.-based A.M. Best, who spoke to National Underwriter about the state of the market for surplus lines insurers–a topic he also addressed in a special report he co-authored, which was released in New Orleans at the NAPSLO annual meeting this month.

Mr. Blades added that this is not just the case for high-premium accounts, as “even smaller $20,000 and $25,000 accounts are seeing significant amounts of competition.” 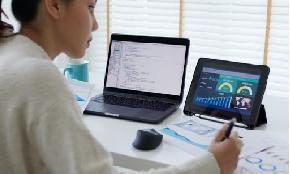