It is difficult to begin evaluating trends in reconstruction and restoration without focusing immediately on the progress in New Orleans and the Gulf States.

It is difficult to begin evaluating trends in reconstruction and restoration without focusing immediately on the progress in New Orleans and the Gulf States. Though many areas in the U.S. were affected by catastrophes in 2005, no other region in recent history has suffered more physical property damage than this coastal area did last year. In a sense, just restoring the area is a trend in and of itself, since nothing on this scale has ever been attempted in the recent past.

New Orleans endured two disasters: Hurricane Katrina, followed by the Great Flood of 2005, which occurred due to the rupturing of the Lake Pontchartrain levee. This puts the city in a unique position because restoration experts must deal not only with the effects of hurricane wind damage, but also they face the difficult task of restoring entire neighborhoods and commercial districts because of the extensive flooding. By one estimate, over 108,000 households had over four feet of water in them, which amounts to roughly 50 percent of all New Orleans households. 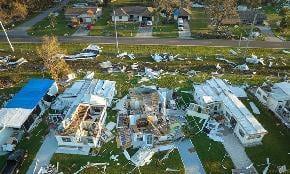 Most expensive NAT CAT events of 2022

The United States experienced 18 NAT CAT events in 2022 with losses over $1 billion each, according to the NOAA.