The standard ISO property, homeowners and dwelling coverage forms each contain a water exclusion that extends to exclude loss caused by storm surge. It seems that recent hurricane paths have come further inland and resulted in an inordinate amount of flood loss. How can one determine if a loss in an inland area is from flooded rainwater or a storm surge?

Of all the damage caused by hurricanes, storm surge presents the greatest threat to life and property along the coast. Hurricanes produce strong, powerful winds, but it’s actually the water that causes most of the destruction, accounting for nearly 90% of fatalities, with about half of those due to storm surges. The size and strength of a storm surge can break down barriers such as dunes, levees and barricades and sweep through an area swiping away everything in its path, flooding communities, and leaving death and devastation in its wake. 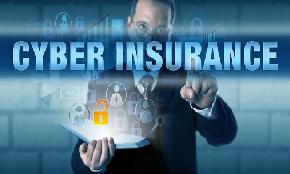 Capacity has not increased in the cyber market and premium rates are rising.