Data and technology are becoming increasingly relevant to how carriers manage multiple aspects of the insurance process.

Grace Hanson joined Hippo Insurance as the company’s first chief claims officer in January 2022. Previously, she was the chief claims officer at Hiscox, and before that, she worked in similar positions at several insurers, including Homesite Insurance and AIG. Claims magazine recently had the opportunity to ask Hanson about what she sees ahead for the industry, her focus at Hippo and about some of the individuals who have made an impact along her insurance journey.

What do you see as the top three issues insurers should be focusing on now? 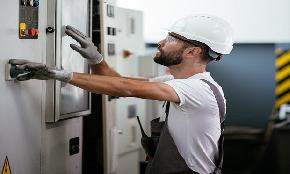 A staffing company that promotes safety in multiple locations is the second of three winners of the 2021 Workers' Comp Risk Management Award. (Part 2 of 3) A culture of safety makes this health care facility one of three winners of the 2021 Workers' Comp Risk Management Award. (Part 1 of 3)