How to insure new and unusual businesses 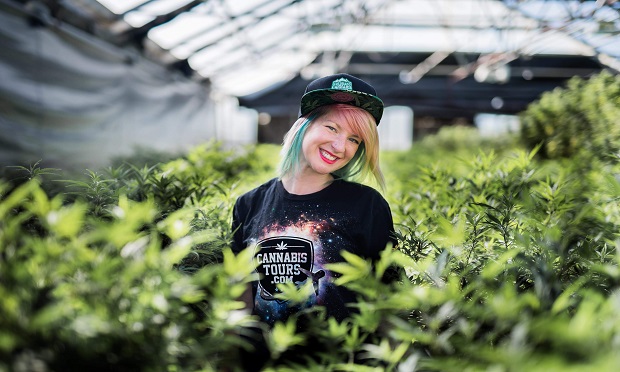 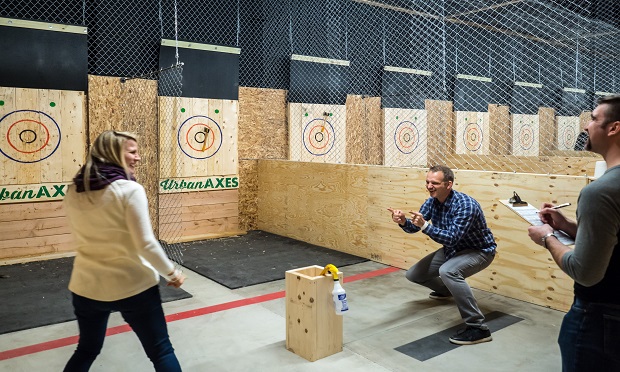 Urban Axes Owner Krista Paton searched for months for insurance solutions for her first business outpost in 2016. Once an underwriter visited the location, he realized there were minimal safety hazards. (Photo courtesy of Urban Axes) 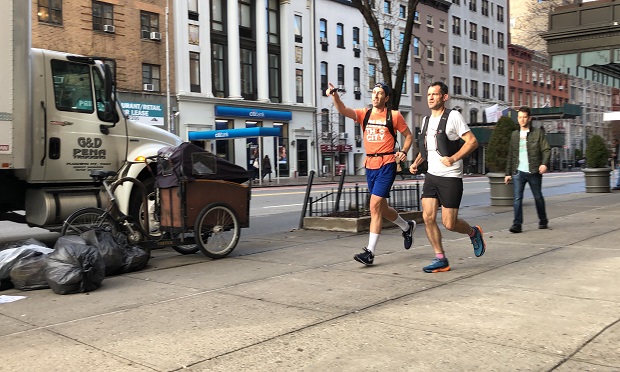 Being the first in your field can be exciting. You’ve found a consumer need that hasn’t been met. You don’t just create a new kind of company but an entire business category that didn’t exist before.

But how the heck do you get insurance?

As many new business owners report, where there’s a will, there’s a way.

“We started this thing so early that the thought of having insurance products designed for companies like this was too alien,” says Michael Eymer, who in 2014 founded Colorado Cannabis Tours, a pot-friendly travel agency and activities company.

Like any pioneering business enterprise, Colorado Cannabis Tours has run into insurance obstacles. Since something like it never existed before, underwriters don’t know the business, can’t accurately ascertain the risk, and don’t know how to insure it. This scenario may prompt new businesses to either give up before they start, take risks they may not be able to afford, or bullhead their way into forcing underwriters to reconsider their first “no” stance.

Such businesses are always looking for something brand new that will give them a competitive edge. Tewksbury encounters the unusual often, and has underwritten everything from alligator farms to circus performers.

His main job is “understanding the risk and knowing how to effectively price it,” he says. “It goes beyond just the property value and into the casualty piece of it to understand what the true risks are.”

For example, the sole concern when insuring a performer like a fire breather isn’t just the potential harm that can come to that performer but also the risk that an equipment malfunction could result in an injured audience member.

However, Tewksbury says, insuring unusual businesses is often similar to determining coverage for traditional ones because the risks aren’t actually that different.

“The reality of it is that 82% of our claims come from traditional slip and fall type exposures,” he says. “To the uneducated underwriter, if they don’t know how to effectively look at an amusement risk and price one and underwrite it, they’re going to do a terrible job.”

When Krista Paton sought to open her first Urban Axes location in Philadelphia in 2016, it took her months to get the in­surance piece locked down. The idea of hosting axe throwing competitions and tournaments was an entirely new concept then. (The International Axe Throwing Federation was founded the same year that Paton founded Urban Axes).

“The first quotes we got required us to have two EMTs on staff at all times. It was a challenge,” she says. Instead of cajoling underwriters into learn­ing about a new activity, she switched tactics and compared her business to archery ranges and bowling alleys. By presenting axe throwing as very simi­lar to something that already existed, she was able to demystify the activity. It worked, and the company now has eight locations. Two are BYOB, six have bars and one has a full kitchen.

Now Paton jokes about how she created a new insurance sector. “Just go to axethrowinginsurance.com!”

Nonetheless, Paton’s ability to get insurance even before axe throwing became somewhat common, either as stand-alone facilities or as part of larger family entertainment centers, has given Urban Axes a competitive advantage.

Tewksbury did what Paton hopes other underwriters will do when being asked to underwrite an axe-throwing business (or any kind of business that’s somewhat unusual or unheard-of): He went to the venue to better understand how the business worked before figuring out how to insure it. What did he learn from that first visit? “The worst thing that can happen is dropping something on your toe.”

Michael Gazaleh was a successful chi­ropractor who fell into a new business by accident in 2005.

His Manhattan office was near a personal training studio that was contacted by an Australian tourist who wanted a running tour of the city. None of the trainers were as accomplished at running as Gazaleh, who had completed the New York City Marathon. So he was up for it.

“We ended up running two differ­ent days,” Gazaleh recalls. “I took him on all of the routes I would normally run.” The experience sparked the idea for City Running Tours, which Gazelah now operates in 10 cities. During these adventures, runners can get in their miles while also learning about local history and sites along the way.

Gazelah initially presumed the insurance he needed for the new busi­ness wouldn’t be that different than what he bought for his chiropractic clinic, which he also still operates.

“We’re trying to protect our team in case something happens,” he says. But that’s where the similarities ended.

“There was nothing for running tours to fall under,” unlike chiropractic businesses, which are well-established and known in the insurance world. He could have talked to dozens of different brokers to insure himself as a chiro­practor. But as a running tour guide? That insurance market just didn’t exist.

As the running tour business grew, and running-themed businesses be­came more popular, insurance became easier to get, Gazaleh says. Now his insurance protects bystanders and “us as a company” through a general liability policy and an accident policy.

In 2009, Gazelah’s company added beer tours. In this variation of the original event, participants start the itinerary with a run and end at a brewery. The businessman had long wanted to do tours that stopped at bars and breweries along the way, but his insurance broker and lawyer originally nixed that idea because adding alcohol to the mix, mid-run, was too risky.

“When beer becomes involved, you’ve got to be careful,” he says. By keeping the drinking part of the day isolated to an actual brewery, which has its own insurance, underwriters were more agreeable to this new idea.

Light up and go

When Colorado legalized recreational marijuana in 2012, a new industry grew up practically overnight. Now the state’s cannabis business community doesn’t just include grow operations and dispensaries but also companies that cater to individuals who want to enjoy marijuana products and recreational activities at the same time.

Colorado Cannabis Tours hosts tours and activities and also a fully licensed limousine company. Customers can do everything from scheduling a pot-friendly airport pick up or drop off to hosting a cannabis-infused dinner party. Other popular activities include participating in a “Puff, Pass & Pottery” class or singing at a cannabis karaoke night.

When the company started, it rented vehicles instead of owning them, which was acceptable for its business liability insurance policy. However, as Colorado Cannabis Tours grew, so did the company’s insurance needs. Eymer resorted to securing the necessary coverage “in a piece-meal way,” like adding errors and omissions insurance for the travel agency branch of the business when they expanded into that field.

To start, he found insurance through word of mouth. If a broker or underwriter told him that they wouldn’t go anywhere near a cannabis-related enterprise, he’d ask for a referral to someone who did work with pot companies.

In recent years, however, the insurance part of Eymer’s business has got-ten much easier to negotiate. It’s helped that the cannabis industry has grown up over the last decade: As of July 2021, recreational pot use was legal in 18 states and the District of Columbia.

“At this point, the normalization of cannabis is occurring and we get less overzealous underwriters,” he says. “It’s still a bumpy road but not as tumultuous as it used to be.” One caveat: Eymer believes his business insurance rates are higher than similar policies for similar non-cannabis businesses.

Morgan Fox, media relations manager for the National Cannabis Industry Association, agrees that cannabis businesses pay a high premium for the surrounding risks. He says that while the market for cannabis business insurance is better than it was when states started legalizing medicinal and recreational use, it still has a long way to go and it is still expensive.

“As the stigma surrounding these businesses has eroded and the legal, regulated industry has grown, we have seen a corresponding growth in boutique carriers specializing in insuring them as well as more small carriers being willing to work with them,” Fox wrote in an email.

However, because cannabis is still illegal at the federal level, most mid-sized and larger carriers “will not insure cannabis businesses of any type, and the ones that do typically charge much more because of the perceived risk that the businesses endure as well as the fear of reputation risk and threat of prosecution,” he says, adding that the latter has not occurred.

Jen A. Miller is a freelance writer and author based in New Jersey.