With several states in the nation having some form of legalization and the Secure and Fair Enforcement (SAFE) Banking Act being passed by the U.S. House of Representatives, marijuana seems to be on its way to becoming “respectable.” However, public perception is still quite the hurdle to clear, especially regarding the cannabis commercial auto insurance market. So said the panel of experts participating in the Twitter chat, “High Roads: Commercial Auto Risks and Coverage for Cannabis Businesses” — a discussion that occurred, appropriately enough, on 4/20.

“Public perception is negatively impacting Insurance Rates/Premiums and the assumption of potentially more losses due to DUI-MJ,” said Jim McErlean of Cannasure Insurance Services during the chat. ”I’ve heard the assumptions (or even snickering) that all drivers employed by the Cannabis industry are driving high.” 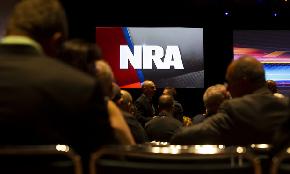