Q&A: ATM thefts on the rise

Tracey Santor, bond product manager at Travelers, advises banks on how to best protect their property against this increasing threat.

ATMs have become increasingly hot targets for thieves during COVID-19, with attempts to break into ATMs more than doubling in the last year and Travelers seeing a 220% increase in the number of ATM “smash and grab” claims from 2019 to 2020.

Due to the pandemic, customers are encouraged to use ATMs rather than enter banks or are forced to use ATMs due to temporary branch closures. As such, banks hold more cash than ever before, with upwards of $350,000 in an ATM at any given time. Tracey Santor, second vice president, bond product manager for Financial Institutions at Travelers, advises banks on how to best protect their property against this increasing threat. What follows is her conversation with PropertyCasualty360.

Santor: We’ve seen spikes in ATM thefts whenever there’s been a significant jump in the unemployment rate. Similar to the trend in 2020, we also saw this happen during the 2009 recession, but in that instance, we saw actual bank robberies increase. In 2009, someone could walk into a bank lobby and attempt to steal money from a teller at a window. In 2020, however, the pandemic has prompted many banks and credit unions to close their lobbies or limit the number of people who can access them, causing more people to use the ATM. This increase means ATMs are carrying extra cash to meet the demand, making them more attractive to thieves looking for money.

PC360: How can banks best protect their property against this rising threat of ATM thefts?

Santor: Banks can introduce barriers or other means to make it difficult for thieves to access an ATM with a forklift or similar piece of machinery, which have been used frequently. Anything that would make it difficult for a vehicle or piece of equipment to get close enough to dislodge an ATM reduces the risk of theft. Concrete barriers or bollards, which are short, vertical posts, are popular options banks have put in place. Making sure it’s a well-lit area and installing surveillance cameras can also be deterrents to criminals.

PC360: Are there other threats that banks should consider in 2021? Other protection measures?

Santor: Additional measures some banks and credit unions are taking to deal with this threat include installing dye packs that would explode all over the cash if an ATM is jostled violently, as well as installing a GPS device inside a machine so its location can be tracked in the event it does get stolen. In addition to the damage to the machines, the majority of ATM theft claims we have received also have included structural damage to the buildings, so it’s important to understand that stolen money might not be the only issue that will need to be dealt with. 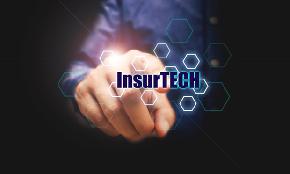 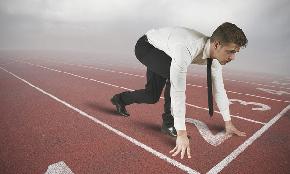 An employee's first days and weeks of a new job are critical to establishing relationships and building a connection. 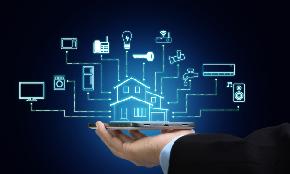 Why insurers should take note of the rise in DIY security

DIY-installed monitoring devices are proving to be win-win solutions for insureds and insurers.