Private mortgage insurance was the leading finance option for first-time homebuyers, who could impact homeowners insurance rates in the future.

First-time home buying experienced a major lift during the third quarter of 2020, according to Genworth Financial, Inc., which reported a 20-year high of 700,000 single-family homes were purchased by first-time buyers. During the period, the repeat buyer market grew 17%, compared with the year prior.

When it came to mortgage products, Genworth reported private mortgage insurance (PMI) was the leading finance option for first-time homebuyers. During the quarter, a record 285,000 first-time buyers turned to low-down-payment conventional mortgages, which are enabled by the PMI industry, representing a 34% increase from the year prior. Overall, 82% of first-timers used some form of low-down-payment mortgage products during Q3.

As first-time buyers typically purchase homes with lower replacement values, they tend to see policies with lower costs, according to Steve Beard, vice president of sales operations for insurance comparison site Insurance Zebra, Inc., d.b.a. The Zebra. He said the influx of new buyers purchasing homes with lower replacement values, when compared to consumers obtaining a second home, could decline the average homeowner premium per policy, which would impact insurers’ revenue.

“An insurer’s cost to write a policy is relatively static, no matter how much the replacement value, so if premium drops but costs remain the same, you could see prices increasing in the future,” he explained, adding this is particularly true for less expensive homes.

Confirming that the growing number of buyers could increase demand for homeowners insurance, Tian Liu, Genworth Mortgage chief economist, told PropertyCasualty360.com the demand for both landlord and renters insurance may come under pressure as landlords dispose of rental properties and tenants become homeowners.

“We also are seeing a very large increase in the number of repeat buyers, which has been flat for a number of years,” Liu continued. “This means increased transactions in the housing market, which may lead to more lapses in current homeowners’ insurance. Finally, the boom in the housing market and the large number of first-time homebuyers have raised home values, and the coverage on homeowners insurance may increase as well.”

Another critical consideration when looking at the giant growth in first-time homebuyers is the importance insurance agents can play in the process. This particularly rings true given that most homeowners don’t know what their policies cover, and some aren’t even aware how much they pay for coverage.

“Under-insuring property can leave homeowners vulnerable following a catastrophic event, leaving them financially underwater. They (insurance professionals) can help with getting an accurate assessment of the home’s replacement cost, which is crucial in ensuring your policy is sufficient in protecting you and your property,” Beard said. “Insurance professionals can also advise on how to prepare for a home inspection, and when a rider or endorsement is needed to expand a policyholder’s coverage.”

The growth in first-time homing buying was seen in every state except for New York, Pennsylvania and Hawaii, according to Genworth Financial. Record low-interest rates, changes in home preferences, flexible schedules and increases in housing affordability drove much of the growth.

“The pandemic has increased preference for homeownership as homes are serving as shelter, office, and classroom,” Liu said in a release. “Lower interest rates have made homes more affordable, while reduced spending on personal services, travel, and leisure has increased the share of expenditure available for housing.”

He added a shift in housing preference among existing homeowners is driving repeat buying, as consumers are considering different locations and different home features.

However, the COVID-19 pandemic is applying downward pressure to the housing finance system in three ways, according to Liu, including more hurdles to buying and selling houses, tighter credit availability because of perceived and actual increases in credit risks and lack of capacity in the mortgage industry, which is driven by rising demands for refinancing.

“Even though the economy is still in the middle of the recession, and a large number of workers remained unemployed or unable to participate in the labor force, there was overwhelming demand for housing and homeownership from those still able to purchase a home,” Liu concluded.

The risks of cannabis-infused candy

Marijuana edibles are creating a new level of risk for customers and manufacturers. 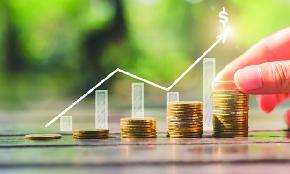 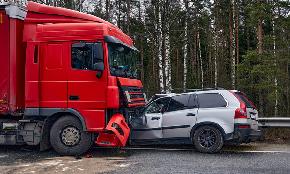