Tips and information on how to keep children safe year-round. 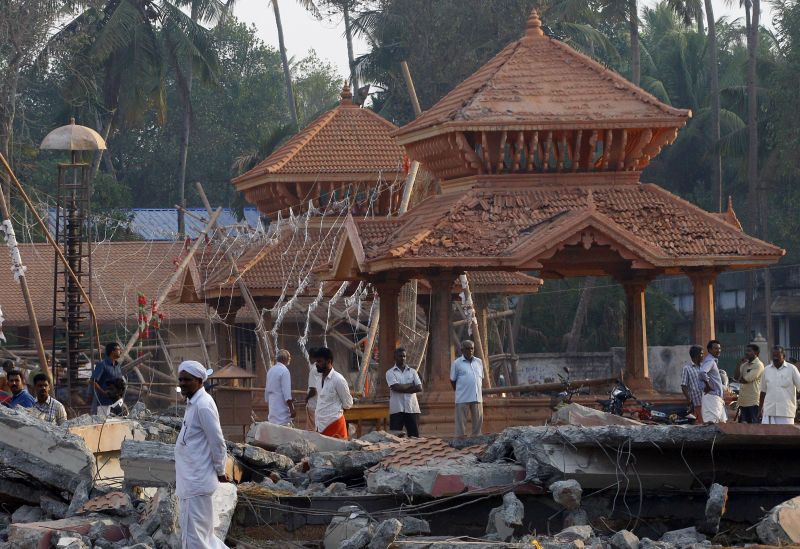 People check out the damaged structures after a massive fire broke out during a fireworks display at the Puttingal temple complex in Paravoor village, Kollam district, southern Kerala state, India, April 11, 2016. Medical teams tended to hundreds of people injured in a massive fire that killed more than a hundred, while authorities searched for those responsible for illegally putting on the fireworks display that caused the weekend blaze. (Photo: Aijaz Rahi/AP Photo) 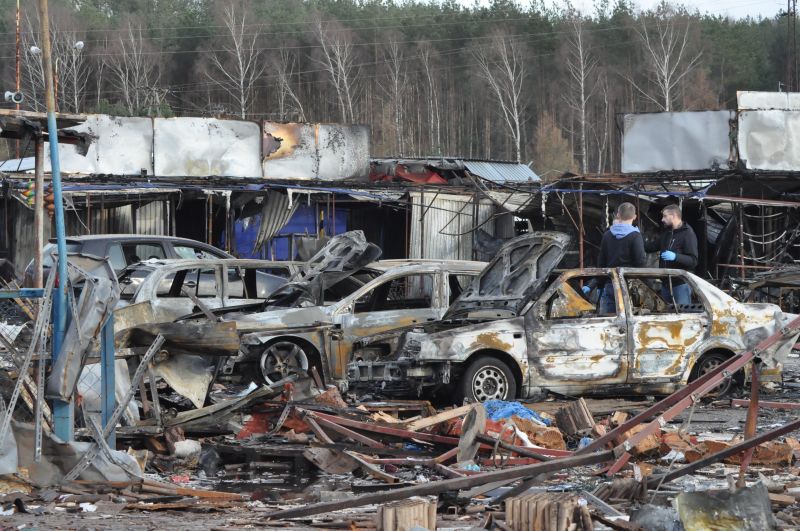 Burnt debris and damaged cars following an explosion at a fireworks stand in a market village in Osinow Dolny, near the border with Germany, northwest Poland, March 29, 2016. According to reports, a small number of people, including one German, have been hospitalized with injuries. (Photo: Pawel Zielonka/AP Photo) 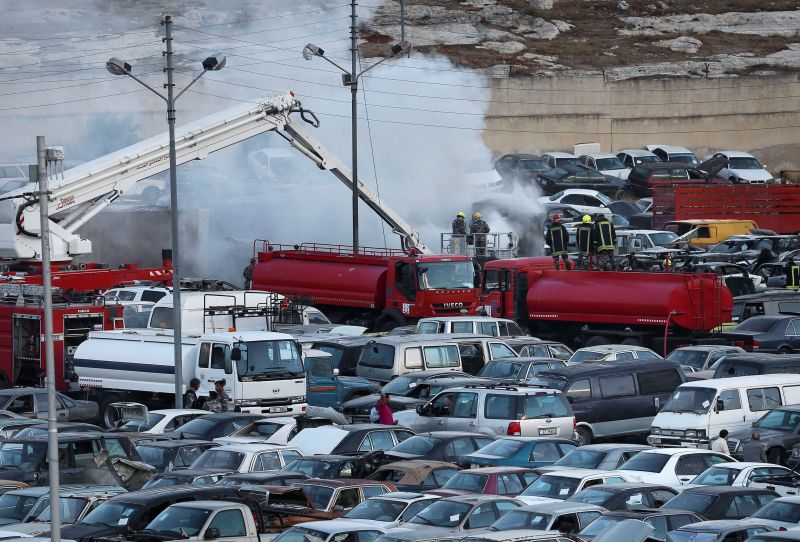 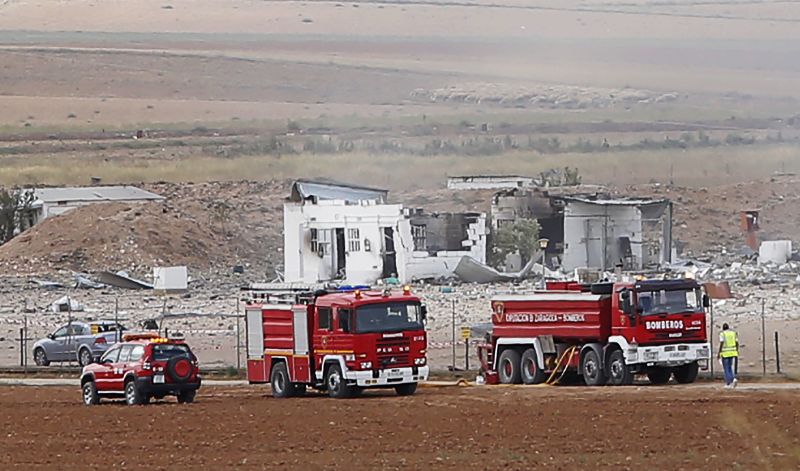 The destroyed fireworks factory Pirotecnia Zaragozana's building is seen behind firefighters' trucks after a huge explosion occurred around 2 p.m. in Pinseque, Spain, Aug. 31, 2015. The blast at a fireworks factory in northeastern Spain killed a number of people and seriously injured others. Police and firefighters didn't know the cause of the blast. (Photo: Aranzazu Navarro/AP Photo) 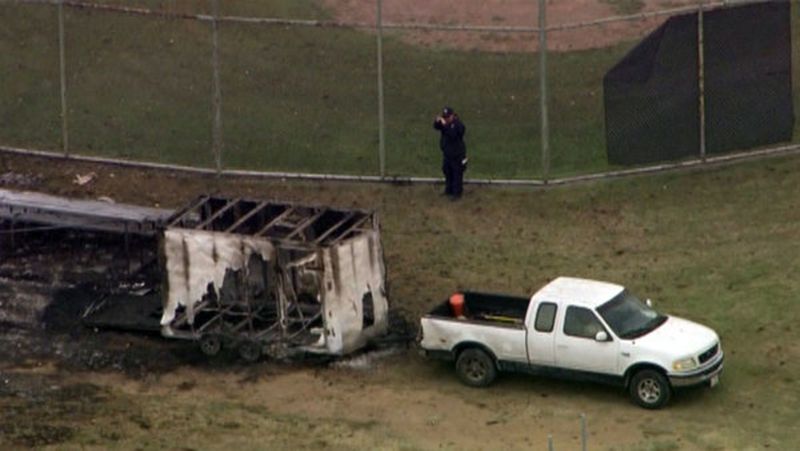 This photo from video provided by WFAA-TV in Dallas shows the aftermath of a fireworks explosion in Comanche, Texas, July 3, 2014. A trailer loaded with fireworks exploded near a Texas high school, killing one person and injuring three other people who were setting up for a Fourth of July show. It's unclear what triggered the explosion, which occurred near a baseball field adjacent to the high school in Comanche, about 100 miles southwest of Fort Worth. The trailer was hooked to a pickup truck.(Photo: WFAA-TV via AP Photo) 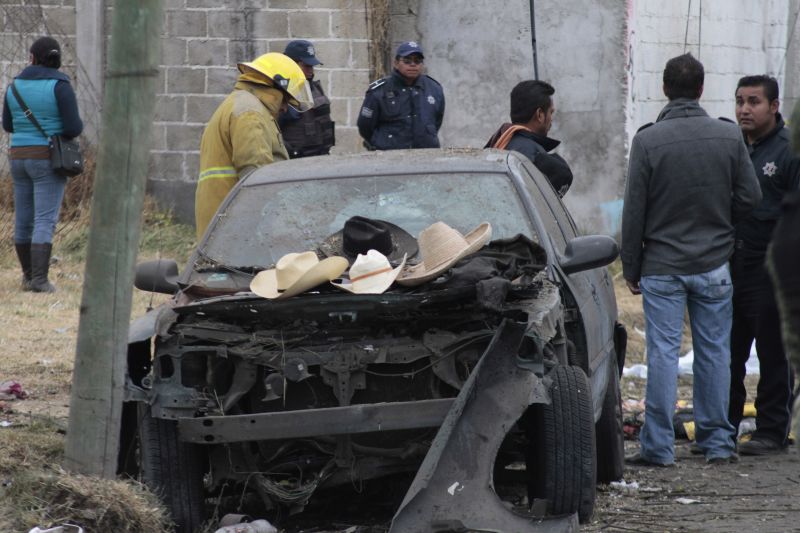 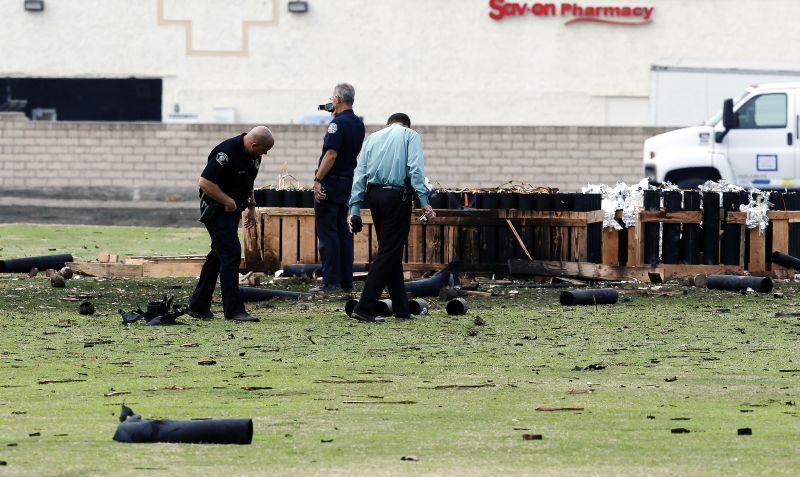 Police officials investigate a site in Simi Valley, Calif., July 5, 2013, where an explosion injured more than two dozen people at a fireworks display. The explosion occurred when a wood platform holding live fireworks tipped over, sending the pyrotechnics into the crowd of spectators. (Photo: Nick Ut/AP Photo) 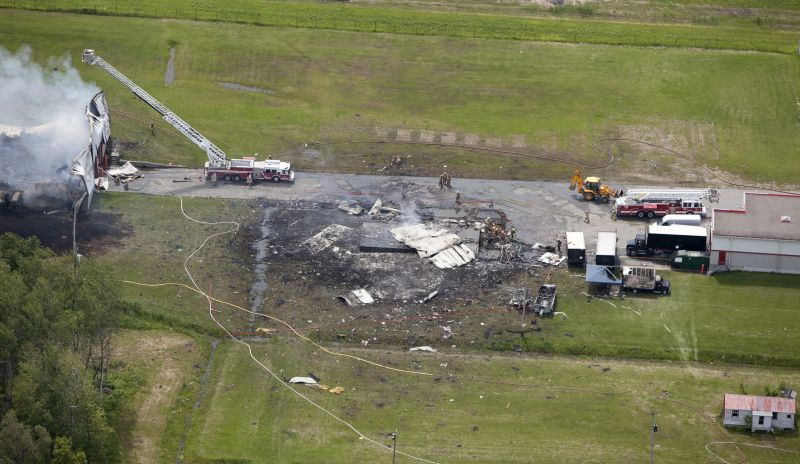 Smoke billows from the B.E.M. fireworks factory in Coteau du Lac, Quebec, June 20, 2013, following an explosion. Quebec provincial police are investigating a massive explosion at the fireworks factory west of Montreal. There were no immediate reports of injuries and the cause of the blast is unknown. Police have ordered the surrounding community of Coteau-du-Lac evacuated. (Photo: The Canadian Press via AP Photo) 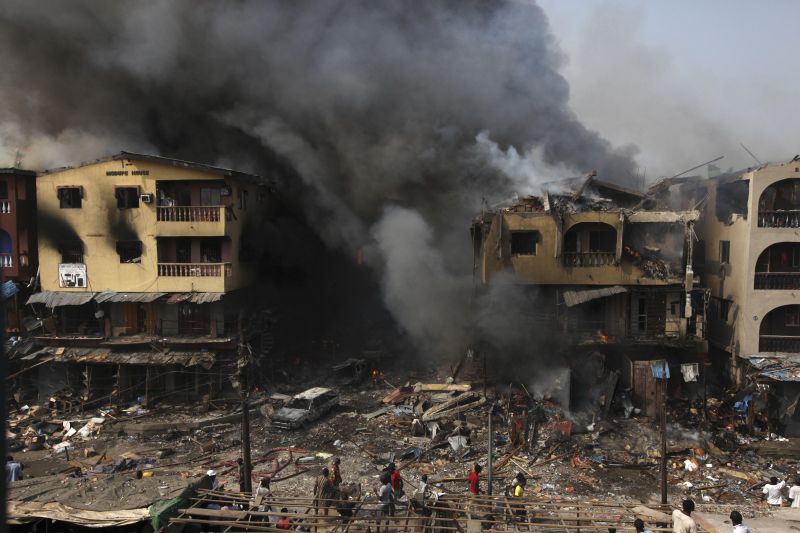 Residents look as a fire burns out a residential homes and a warehouse on Lagos Island in Lagos, Nigeria, Dec. 26, 2012. An explosion ripped through a warehouse where witnesses say fireworks were stored in Nigeria's largest city, sparking a fire. It wasn't immediately clear if anyone was injured in the blast that firefighters and locals struggled to contain. (Photos: Sunday Alamba via AP Photo) 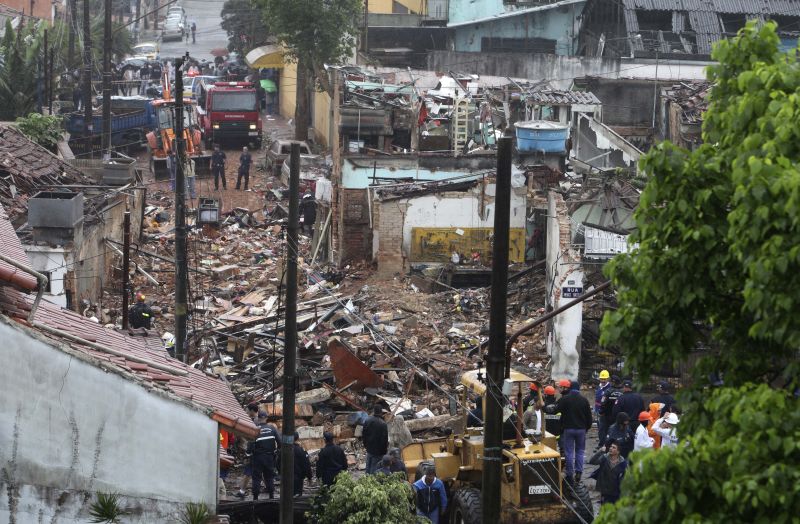 Rescue personnel work in the debris left by a fireworks explosion in Santo Andre on the outskirts of Sao Paulo, Sept. 24, 2009. The explosion killed at least three people, injured at least 14, and demolished several homes. (Photo: Andre Penner/AP Photo) 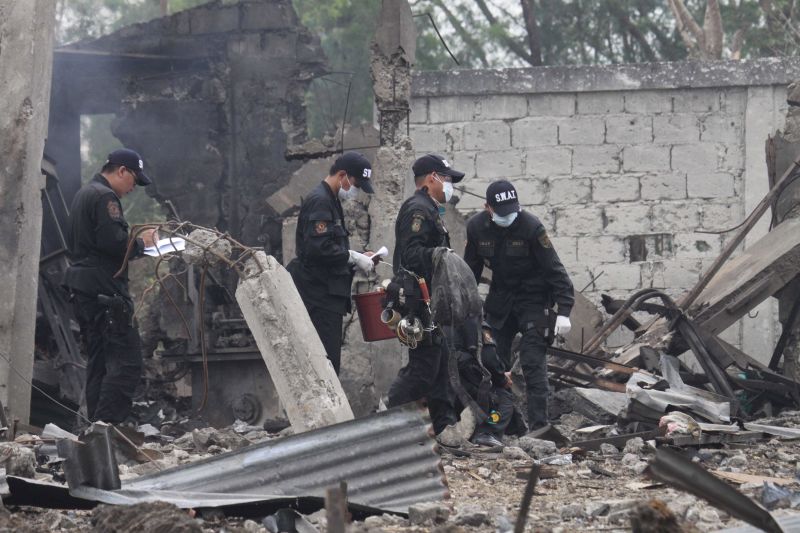 Police investigators gather pieces of evidence at the site Jan. 30, 2009, a day after a powerful explosion at a fireworks factory at Trece Martires City, Cavite Province, 50 kilometers south of Manila, Philippines. At least six people were killed and more than 40 injured when a powerful explosion obliterated a fireworks factory south of Manila, officials said. (Photo: Bullit Marquez/AP Photo) 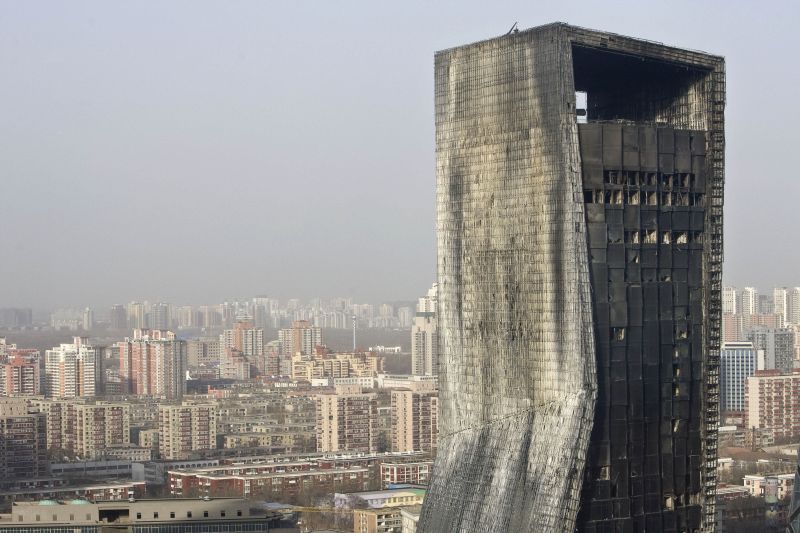 Part of fire damaged Mandarin Oriental hotel building, right, is seen in Beijing's central business district, China, Feb. 10, 2009. An Olympic-style fireworks display put on by China's state-run television broadcaster was the cause of a spectacular blaze that destroyed the luxury hotel that was part of the network's landmark headquarters in Beijing, a fire department spokesman said. (Photo: Alexander F. Yuan/AP Photo)

The Fourth of July and spectacular fireworks displays go hand-in-hand.

Fireworks are beautiful, but they’re also dangerous and in some cases, illegal.

Longtime Indiana Insurance Commissioner Stephen W. Robertson deems fireworks dangers to be serious enough that he has these cautionary words:

“If someone using fireworks accidentally starts a fire, to their property or that of their neighbors, they may not be able to turn to their insurance company for reimbursement,” Robertson says. “I encourage people to consider the consequences before using fireworks.”

In 2013, fireworks caused an estimated 15,600 reported fires in the U.S., including 1,400 total structure fires, 200 vehicle fires, and 14,000 outside and other fires, according to the Quincy, Massachusetts-based National Fire Protection Association. These fires resulted in an estimated $21 million in direct property damage.

The U.S. Consumer Product Safety Commission reports around the July 4th holiday, roughly 230 people a day go to the emergency room with fireworks-related injuries. In 2013, there were eight deaths and an estimated 11,400 consumers who sustained injuries related to fireworks. Sixty-five percent, or 7,400, of the injuries in 2013 occurred in the 30 days surrounding July 4, 2013, according to CPSC‘s latest data.

If an insured shoots off illegal fireworks and sets fire to their house, it may not be covered. Most policies exclude damage resulting from illegal acts.

On the other hand, should fireworks accidentally spark leaves in the gutter, insurance may cover the damage.

What if a fireworks malfunction injures someone? This also could be covered under a homeowners’ insurance section for medical payments to others. Likewise, liability payments could cover fireworks that accidentally damage someone else’s property.

Each year, fireworks cause extensive property damage and injuries around the world. From China to Mexico, images in the slideshow above tell stories of the aftermath following fireworks accidents.