“It’s just terrifying,” said Zendrive CEO Jonathan Matus. “We’ve built these highly addictive experiences and people can’t help themselves.” Matus should know — he helped design Facebook’s mobile app before launching Zendrive, a service intended to help insurance companies and fleet managers identify bad drivers. Basically, he’s now trying to short-circuit all of the work he did in his previous job to hook us to our phones.

Fully autonomous vehicles that will safely subtract humans, leaving us free to focus on our screens, remain a long way out. The laws that prohibit drivers from touching smartphones are patchy and difficult to enforce. In the meantime, safety regulators, insurance companies and technologists have turned to an incremental fix for distraction: monitoring the driver, not the vehicle. The hope is that awareness may just succeed where policies and penalties haven’t.

The data paints a clearer picture

Zendrive now has its monitoring technology on 60 million phones, roughly one of every four U.S. drivers. TrueMotion, a rival, is tracking distraction and other driving metrics for eight of the top 20 U.S. auto insurers. A third provider, Cambridge Mobile Telematics, monitors distracted driving for 35 insurers, including State Farm.

The reason for all this data is that at least one in five U.S. auto insurance policies now offers a potential discount if the customer consents to a vehicle monitor. Taken together, there’s a very complete picture of the dangerous driving that has led to the 15% surge in annual U.S. traffic fatalities from 2014 to 2016.

Distracted driving is more predictive of an eventual loss claim than virtually any other behavior, including speeding and braking. Those who tend to use cellphones at the wheel have 20% more insurance claims than others in the risk-pool, according to TrueMotion.

Can awareness be enough?

Early indicators suggest simple awareness may be an effective antidote. Cambridge Mobile said distraction levels drop by 35% among participants who check their data regularly. Early trials among those using the ConnectedTravel app show a 40% reduction in phone use; four out of five participants check their driving metrics daily.

The early results point to a market triumph over bad behavior that lawmakers, police and advocacy groups have struggled to deter. Underwriters who are best able to identify distracted-driving tendencies are better able to price the accompanying risk. Most insurance companies still only offer discounts for good cell-phone behavior, but a growing number are using the findings to raise rates on serial tap-and-swipers.

While the proliferation of robot chaperones is encouraging, the data they are collecting is grim. Distraction has increased in every part of the country, despite a rash of new laws intended to curb cellphone use at the wheel. Zendrive said distracted driving levels increased by 10% in the past year. Today, the company considers one in 12 drivers a phone addict — on their phones at least one-third of the time at the wheel — and that measure is climbing fast. At the current rate, one in five will fall into that category within three years. 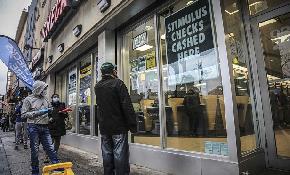 Moody's identified three main areas that it expects will have an enduring impact on financial service providers. 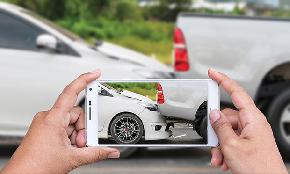 Vehicle technology transformation has created numerous challenges and opportunities in how the claims are handled.