The risky business behind live events

The world of live events has changed — much for the better, but dangers still lurk.

In the U.S., the world’s largest market for live events, revenue from events of all types are expected to show an annual growth rate of 8.8%, resulting in a market volume of $16.7 billion in 2022, according to a report from Take1 Insurance.

When it comes to live events like concerts or sporting events, many consumers till prefer to actually ‘be there’ in the moment. Even as technology advances — particularly with virtual reality (VR) — attendees tend to prefer live experiences for the sense of community and a level of authenticity that VR is unlikely to offer.

Recent incidents in 2017, however, have displayed the nefarious side to such events. From the Fyre Festival — which cost investors $26 million in losses — to the Route 91 Harvest Festival — projected to cost insurers more than $1 billion — live events are one disaster away from economic ruin.

“I think this could be a seminal moment in the insurance world,” says Scott T. Carroll, program director for Take1 Insurance’s entertainment division.

Live events have plenty of exposures

There are three main exposures in the world of live events, according to Matt Helm, contingency practice leader at CFC Underwriting: cancellation, liability and property.

Cancellation is effectively an instance of business interruption and is treated fairly similarly. They can occur due to adverse weather, performers not arriving and the threat or act of terrorism.

“If there is a threat of terrorism, the first call of action might be to add more security or run an area sweep — with cancellation as a last resort,” says Helm. “The terrorism (act or threat) also might not necessarily be at the event venue, but in the surrounding area and therefore impact whether an event can continue.”

Additionally, Helm says there is “a growing conversation around cyber exposure for live events,” but notes “the industry has yet to really see claims to this effect.”

Some examples of possible targets via cyber attack during live events could be:

Related: The real hurricane for insurers could be in cyber insurance

Live-event producers and the vendors and service providers that support them can follow a set of principles to mitigate and minimize the changing array of risks faced by that industry sector.

Most of the attention post-disaster has focused on monetary awards resulting from lawsuits and settlements. While unsurprising, they often don’t tell the whole story.

Event production vendors looking to protect themselves must focus on tools of the trade — sound systems, cameras and entire production trucks, among others — because they can be rendered unavailable for periods of time. Until they are either released by authorities or become available to be evaluated and declared total losses, service providers and vendors — as well as the venue themselves —experience a degradation of their ability to generate revenue and absorb the costs of these business interruptions.

The world of live events has changed — much for the better, but dangers still lurk. Risk management around live-event production also must change to ensure that attendees, vendors and venues themselves are safe and secure. 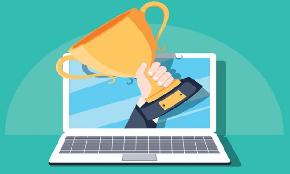