Is your deck a danger? 5 key areas to check If your deck is made of wood, maintain its condition every year. Changes in weather can significantly impact durability. One common problem occurs when boards are weathered and begin to split and stick up, causing potential cuts or tripping hazards. It's important to use proper footwear and replace boards that could be splintering. 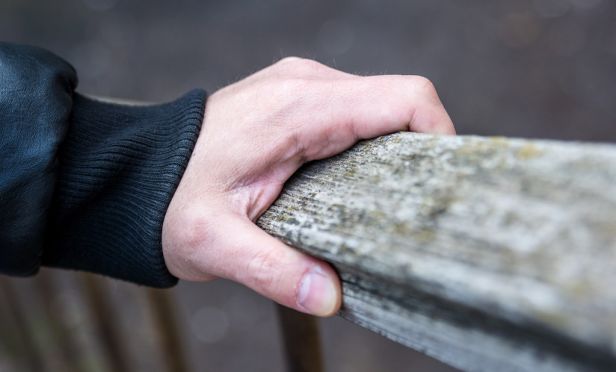 Hand rails can become less and less secure as the nails and screws originally installed work themselves out. Changing weather and varying temperatures are to blame, as warmer weather expands the wood, leaving more room for the nails and screws to move. Be sure to test the stability of the hand rails. They should not wobble or bend, and if they do, it might be time to replace them. Much like hand rails, stairs can lose strength and durability as they become weathered or used extensively. If not properly secured, stairs can become serious tripping hazards, especially for younger children. If the stairs bend when you walk up/down them or there are any splits in the wood, it is definitely worth addressing. Often times, the largest safety concern for your deck depends on the stability of the supports that hold it up. Many people are not aware that, aside from weather, insects can be a big threat to deck structure. Termites and carpenter ants are examples of insects that can do the most damage to wooden structures. If you feel like you may have an infestation near your deck, it may be worth calling a pest control professional. If wood is splitting or decaying, inspect it with a flathead screwdriver by inserting it into the cracks/splits. If you can place it ¼ inch or more into the wood or if the wood has a spongy consistency, this could be a sign of rotting. Nails, screws and fasteners play a significant role in the safety and stability of the deck. Many decks that were built before the 1980s were supported using nails alone, which is problematic because they do not have the "teeth" that modern day fasteners and screws do. This means that over the years, it is easier for nails to loosen, causing boards and support structures to become unstable. If you think your deck may fall under this category, contact a local contractor to be sure this will not become an issue.

Backyard decks are the perfect place to enjoy warm weather with family and friends. However, a poorly maintained or unsafe deck could possibly collapse, causing serious injuries.

In April, several people were injured when a residential deck collapsed in O’Fallon, Illinois, as family members gathered following a funeral. The group fell 10 to 12 feet.

Related: Inspect your deck: 5 inspection and safety tips for homeowners

Six adults were injured, according to the local fire chief. One person was critically injured and five others suffered minor injuries. Portions of the deck appeared to be aged which may have contributed to the collapse, according to media reports.

Deck collapses and railing failures are usually due to old age, poor maintenance, improper deck installation, or exceeding load capacity, according to the North American Deck and Railing Association.

An average of 33,000 people per year are injured because of the structural failure of collapse of a deck, porch, railing or staircase, according to data from the Consumer Product Safety Commission and This Old House.

Erie Insurance, suggests five things to look out for, especially if your deck is older or not built by professionals. See the slideshow above.