What insurance protects against an FCA lawsuit, and the eight components of an effective compliance program.

The False Claims Act (FCA) is the primary means to fight fraud perpetrated against the federal government. The FCA imposes civil and criminal liability for knowingly making a false or fraudulent claim to the United States for money or property; or to avoid an obligation to pay money (reverse false claim). Due to the emphasis on enforcement of the FCA, the U.S. Department of Justice (DOJ) reported that it recovered more than $3.5 billion in settlements and judgments from claims arising under the FCA during fiscal year 2015. Since January 2009, the DOJ has recovered more than $26.4 billion.

Whistleblowers alone filed 638 qui tam suits in 2015 and were awarded $597 million during the same period. FCA claims have been on the rise as the DOJ, in collaboration with other governmental agencies, such as the Centers for Medicare & Medicaid Services and the Health Care Fraud Prevention and Enforcement Action Team, continues to crack down on fraud, waste and abuse in order to protect taxpayers’ dollars. Thus, the key is to be proactive in managing the risk before an FCA claim is made. 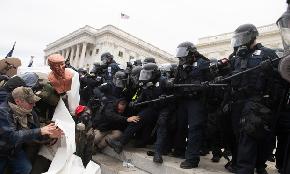