Flooding causes destruction across the Carolinas

A 1,000-year flood causes total devastation for thousands of residents.

Like a scene out of a horror movie, residents of North and South Carolina were running for their lives as breached dams and swollen rivers spewed tens of thousands of gallons of water into neighborhoods following several days of heavy rains. More than 20 inches of precipitation fell across the area, causing the collapse of 18 dams and taking at least 13 lives.

More than 16 inches of rain fell in Columbia, S.C. on Sunday alone, and the National Weather Service says that another one to two inches could still fall through Tuesday. Officials are watching one dam in Columbia where a breach could cause the water to rise two feet per minute through surrounding neighborhoods. 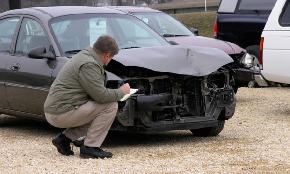