Does the car you're driving fall on this list?

Although the chances of dying in a crash in a late-model vehicle have fallen by more than one-third in three years, the gap between the safest and riskiest models remains wide, according to a new report by the Insurance Institute for Highway Safety (IIHS).

Among 2011 models—the most recent year included in the study—three cars have death rates of more than 100 per million registered vehicles, while a record nine vehicles have driver death rates of zero.

Here is the countdown of the 10 vehicles with the highest death rates among the 2011 models, with the type of vehicle and number of deaths per million registered vehicles.

6. Chevrolet Camaro coupe, a sports car that also is in the large vehicle category (80)

The four-door Accent is the first of three vehicles with more than 100 driver deaths per million registered, marginally ahead of the two-door model.

The Kia Rio, a four-door minicar, has the dubious distinction of the highest death rate among the 2011 models. It has 149 driver deaths thus far.

For more information about the report and the complete list of vehicles with the highest rates of driver deaths as well as the lowest, click here. 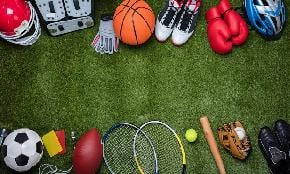 Insured losses estimated at $3B for Beirut port disaster

Protests have erupted across Lebanon with people demanding answers for the deadly calamity that has devastated Beirut.