Ever wonder why restaurants need to carry so much insurance?

Pretty much everyone has at one point or another fantasized about owning a restaurant. Putting your name on the front window, running the show from your own private booth, maybe even naming a cocktail after yourself. It sounds like great fun. But the fact is, food service is very a risky business.

Case in point: More than 3,000 people die each year from choking on food that’s been served to them at a restaurant.

A full 48% of all food poisoning cases in the U.S. are caused by restaurant food.

And more than 67,000 food service workers are seriously injured on the job each year, badly enough to miss multiple days of work.

It’s no surprise, then, that insurance coverage is a crucial part of the long-term success of each and every restaurant in this country. Without it, most food service businesses wouldn’t last beyond their first serious incident.

To highlight the wide-ranging impact that such coverages can have on a business, restaurant and hospitality insurer Insgroup recently released the infographic below summarizing some of the risks that owners face. 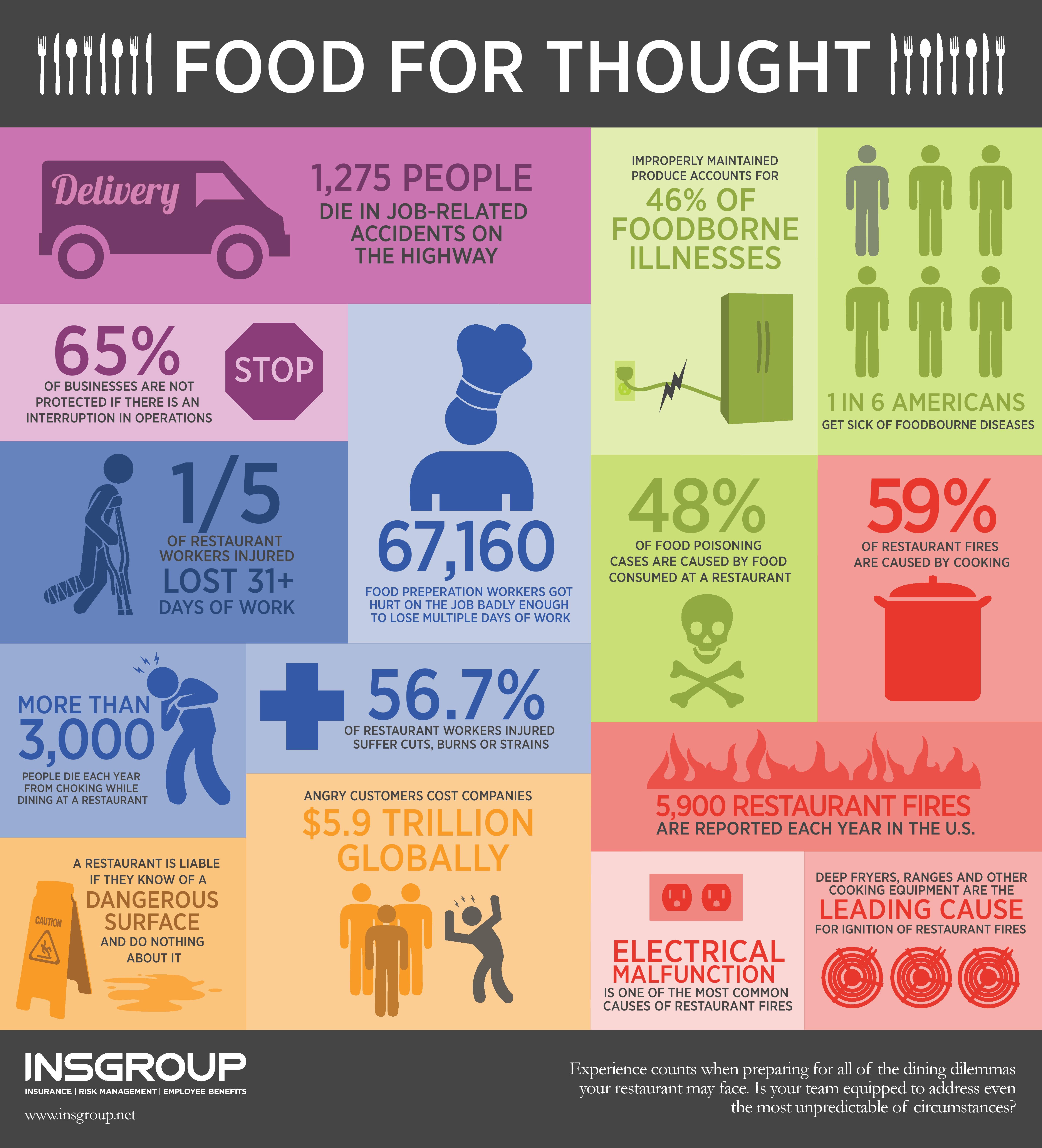