Hiscox survey reveals where employers are most likely to be sued.

A new study by Hiscox revealed that, on average, a United States-based business with at least 10 employees has a 12.5% chance of having an employment liability charge filed against them.

Businesses in some states, though, face higher levels of exposure to litigation than others.

“Federal level information on employee charges is generally available, but state specific information is more difficult to aggregate,” said Hiscox senior vice president Bert Spunberg. “Understanding employee litigation risk at a state level is a crucial step for an organization to establish the processes and protections to effectively manage their risk in this changing legal environment.”

Some states have laws that significantly impact risk, and in the states that have more employee lawsuits, the verdicts can be harder on business owners.

“Not only are employment lawsuits more likely in those states, but the likelihood of catastrophic verdicts is also significantly higher. Unlike their federal counterparts, where compensatory and punitive damages combined are capped at $300,000.00, most state employment statutes impose no damages ceilings,” noted Mark Ogden, a managing partner of Littler Mendelson. “Consequently, employers in high-risk states must ensure that their workforces are adequately trained regarding workplace discrimination, harassment and retaliation and that policies forbidding such conduct are strictly enforced.”

Click through the following slides to see which states are the riskiest for employee lawsuits. 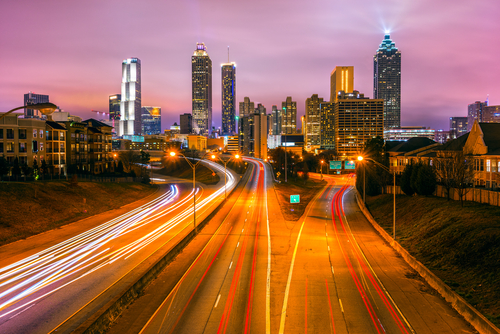 Incidences of EPL charges in Georgia are 18% higher than the national average for businesses with at least 10 employees.

Arizona and Mississippi tie as one of the top states for employee liability risk, with the risk of being sued by an employee being 19% higher than the national average.

Businesses in Alabama face a substantially higher risk of being sued by their employees, coming in at 25% above average.

The Hiscox survey reveals that Illinois is one of the top two states for employee liability risk, edging out Alabama with a 26% higher chance of EPL charges than the national average. 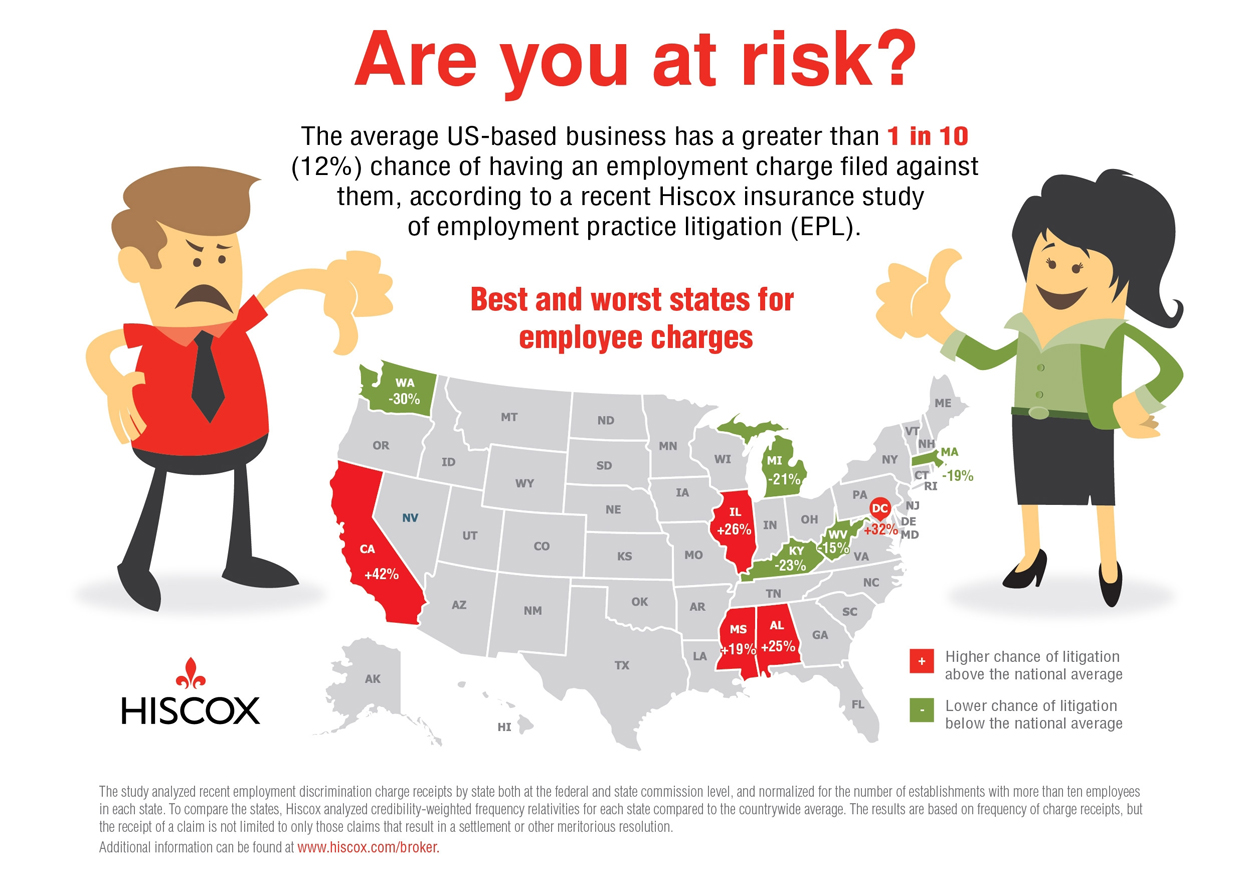 California has the most frequent incidences of EPL charges in the country. Businesses have a 42% higher chance of being sued by an employee than the national average.

State laws can have a significant impact on risk, and in California, the employee-friendly nature of state laws regarding disability discrimination, for example, may be a contributing factor in the high charge frequency in the state.

In California, discrimination cases are filed at the state level, and are brought under the Fair Employment and Housing Act (FEHA). FEHA applies to a broader group of businesses, covering any company with five employees, versus the 15-employee minimum for cases brought under federal law.

Although not a state, employers in the District of Columbia is also at higher-than-average risk for employee lawsuits, at 32% above the national average.