Your odds of colliding with an unsuspecting deer on the road are down by 4.3 percent, and you can thank your fellow drivers for that, according to a new State Farm survey.

Your odds of colliding with an unsuspecting deer on the road are down by 4.3 percent, and you can thank your fellow drivers for that, according to a new State Farm survey.

State Farm, using its claims data and state licensed-driver counts from the Federal Highway Administration, says the chances of any single American motorist colliding with a deer over the next 12 months is 1 in 174, down from 1 in 167 the year before. State Farm spokesperson Arlene Lester says the reason for the decline is simple: there are more cars on the road now compared to last year, and as the number of registrations goes up, the likelihood of any one driver hitting a deer goes down. “The deer aren’t doing anything differently,” she jokes.

While total collisions were down this past year, State Farm notes that, over the past five years, the total number of deer collisions has actually increased by 2 percent. Still, the likelihood of any one driver being involved in such a collision is down by 2.5 percent over that time due, again, to the higher number of drivers on the road.

Following are the top five states where you are most likely to hit a deer, as well as some additional information in the survey.

For the seventh straight year, the state takes the prize for the highest chance of any single licensed driver hitting a deer. The odds in West Virginia show that 1 in 41 drivers can expect to collide with a deer over the next year. This actually represents an 8.3 percent improvement in the odds compared to last year.

One in 65 drivers in the state will be unlucky enough to collide with a deer this year, the odds show. Montana is unchanged as the second-most-likely state for a collision compared to last year’s survey.

The state moves up from fourth to third in this year’s rankings. According to State Farm, a driver in Iowa has a 1 in 73 chance of hitting a deer over the next year. 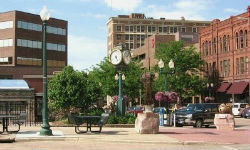 Dropping one spot from third to fourth, drivers in this state have a 1 in 75 chance of hitting a deer this year, according to State Farm’s survey. 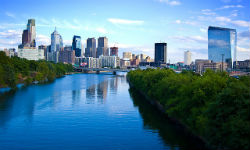 At fifth, the state’s ranking is unchanged from last year. A driver in Pennsylvania has a 1 in 77 chance of hitting a deer this year.

According to State Farm, the five states that showed the most notable declines in the likelihood of a collision compared to last year were North Dakota (24.8 percent decline), Nebraska (22 percent), South Dakota (12.6 percent), Michigan (11.4 percent) and Kansas (11.3 percent decline).

The five states where a driver is least likely to collide with a deer are Florida, California, Nevada and, finally, Hawaii. At 1 in 6,786, State Farm says the odds of hitting a deer in Hawaii are “approximately equal to the odds of a middle-of-the-pack National Football League team running off 13 wins in a row.”

State Farm says deer collisions are most likely in November, when approximately 18 percent of all incidents occur, followed by October and December. Following, State Farm provides an infographic detailing how drivers can avoid a deer collision.