Was That Slip and Fall Really An Accident?

It is essential to use qualified experts in analyzing and providing technical data to support expert opinions when analyzing slip, trip, and fall incidents.

Accidents that result in premises liability claims can occur on either private or public property, and typically involve injuries. Slip-and-fall accidents often take place in retail establishments, including grocery stores and restaurants, as well as parking lots, apartment complex grounds, and hotel lobbies and hallways, to name a few. Such accidents often occur as the result of wet or contaminated walking surfaces, while trip-and-fall incidents are caused by material, debris, or other obstructions on the walking surface, or uneven surfaces.

While many of these incidents are truly accidental in nature, there are occasions where slip-and-fall or trip-and-fall accidents are staged for the purpose of collecting on an insurance claim. The National Insurance Crime Bureau (NICB) studied questionable slip-and-fall claims that were referred for review from January 1, 2010 through December 31, 2011. During the calendar year 2010, there were 1,944 claims referred, compared to 2,168 referred claims in 2011. That’s an increase of 12 percent. 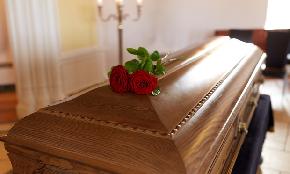