J.D. Power has released its 2012 U.S. Auto Insurance Study, breaking the results down into seven different regions and ranking the companies in each region by overall customer satisfaction on a 1,000-point scale.

J.D. Power has released its 2012 U.S. Auto Insurance Study, which finds that overall satisfaction with insurance companies increased 14 points over last year, rising to 804 on a 1,000-point scale. This is the highest satisfaction level for insurers since the study was launched in 2000, the marketing-information firm headquartered in Westlake Village, Calif., says.

How Data and Analytics Are Transforming the Risk Business

Maroun Mourad of Verisk Analytics looks at how innovations are causing the sea-change in how we handle risk. 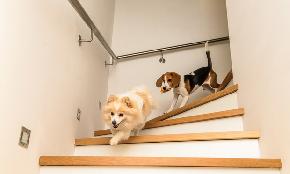 The most common pet insurance claims of 2021

In addition to claims, Embrace Pet Insurance dissected its data to uncover 2021’s most common breeds.