Federal securities class action filings declined 4 percent in the 2010 first half compared to the same period in 2009, according to PricewaterhouseCoopers (PwC).

Federal securities class action filings declined 4 percent in the 2010 first half compared to the same period in 2009, according to PricewaterhouseCoopers (PwC).

“Specifically, the number of cases filed through the second quarter of 2010 totaled 70 cases compared to 74 cases during the same time period in 2009,” PwC said while announcing its “Securities Litigation Mid-Year Update for 2010.” 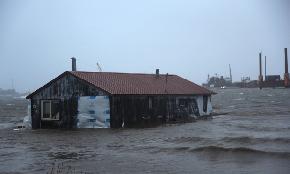 Hurricane Ian could cause $20B-$47B in damages, early estimates suggest

The early estimates come as Ian is expected to move into the Carolinas and cause further havoc up the east coast.