Buckle up for a bumpy ride. From Beantown to the Big Apple, AAA and the Travel Channel are scouring the country to find drivers capable of the most shameless driving infractions.

By Christina Bramlet | June 01, 2010 at 08:00 PM | The original version of this story was published on Claims Magazine
X 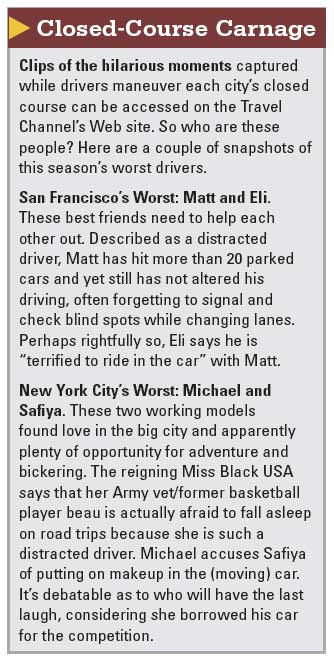 Buckle up for a bumpy ride. From Beantown to the Big Apple, AAA and the Travel Channel are scouring the country to find drivers capable of the most shameless driving infractions. At least that’s the basic premise of the Travel Channel’s new reality travel series, “America’s Worst Driver,” for which AAA is the official safety partner.

The weekly show, which premiered on March 14, 2010, differs from other reality programming in that the contestants actually want to be eliminated from the competition. That’s partially because no one wants public scrutiny or to admit to being an inept driver, much less presumably the most inept in a certain geographic area. It’s also because each week’s competition culminates in the dramatic torching of the driver unfortunate enough to be dubbed the local “worst.”

Here are the five main benefits trucking clients can expect to see when they implement telematics tools.