A record-breaking spat of winter storms that blanketed the Midwest and Eastern U.S. regions with snow in February 2010 is expected to cost insurers billions.

A record-breaking spat of winter storms that blanketed the Midwest and Eastern U.S. regions with snow in February 2010 is expected to cost insurers billions.

According to catastrophe risk modeling firm EQECAT, insured losses resulting from two February winter storms in the eastern United States will exceed $2 billion, based on a preliminary assessment of the overall scale of the storms and their snow, ice, and wind impacts relative to major prior events in the last two decades. 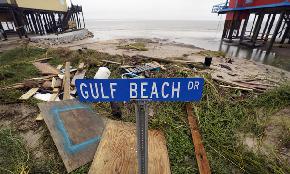 Baker Tilly’s Simon Oddy breaks down what insurers should know about business interruption claims filed in the wake of Hurricane Ida & the pandemic.