As if insurance regulators don't already have enough on their plates, the National Association of Insurance Commissioners has officially waded into the global climate change debate.

By Robert Detlefsen | January 24, 2010 at 07:00 PM | The original version of this story was published on National Underwriter Property & Casualty
X

As if insurance regulators don’t already have enough on their plates, the National Association of Insurance Commissioners has officially waded into the global climate change debate. So far, its most noteworthy contribution is to insist that there is no debate. More on that later; first, some background. 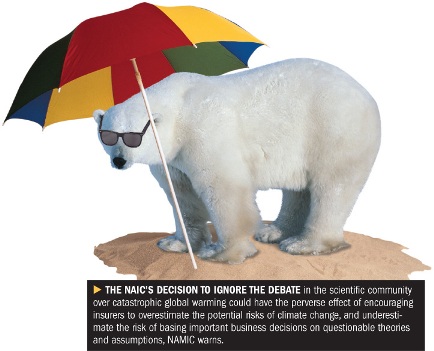 QBE AcceliCITY is now accepting applications for its accelerator program, offering a grand prize of $125,000 in funding.