Are deer exacting their smirking revenge on humans? A recent release from State Farm Insurance may have the answer. 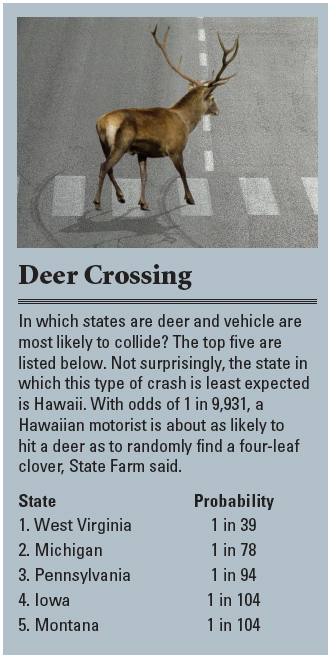 Are deer exacting their smirking revenge on humans? A recent release from State Farm Insurance may have the answer. According to the nation’s largest home and auto insurer, the number of collisions between motorists and the timid mammal has far surpassed the actual increase of vehicles on the roadways in the past five years.

Drawing from its claim data ranging from July 1, 2007 to June 30, 2009, State Farm cited 2.4 million accidents involving deer and vehicles in the United States during the last two years. That translates roughly to 100,000 per month, and represents an 18.3-percent increase compared to five years earlier. To put it another way, one of these unfortunate encounters occurs every 26 seconds.

The auto rate increase comes on the heels of major increases in the cost of new and used vehicles since 2019.

If you aren’t always searching for new ways to cut costs, you won’t be maximizing your business’s potential in the market.