Legislative Roundup: To serve and collect

More local govenments are implementing a hidden fee on motorists and their insurers for providing emergency response services. 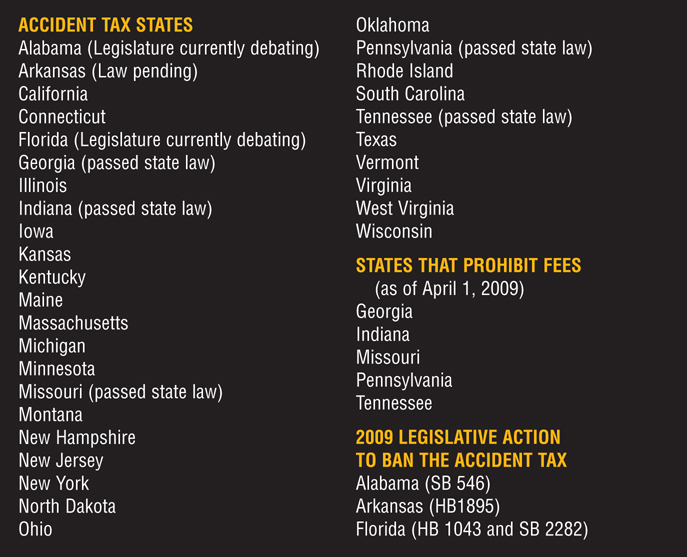