Learn how this Birmingham, Ala.-based agency became a major player in the risk management business. 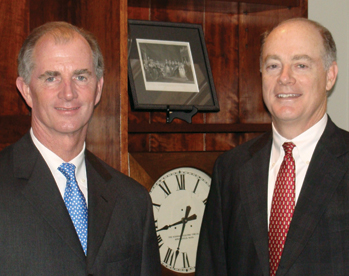 Never forget to sell every day. This advice has proved successful at my agency, Cobbs, Allen & Hall. It has kept the agency growing from its start in 1887 to where it is today: 175 employees with five branch offices, in addition to its corporate office in Birmingham, Ala. The agency is employee owned, with more than 40 shareholders, from the president to account managers. Humble beginnings Cobbs, Allen & Hall was founded in 1887 as the John G. Smith Co. The name was changed in the 1920s to reflect the principals in charge at the time. The business grew as an insurance and mortgage brokerage firm around the Birmingham area during the middle part of the last century. In April 1992, a group of investors, headed by current president Grantland H. Rice III, purchased the agency. At the time, the agency was a small insurance brokerage with offices in Birmingham and Gadsen, Ala., writing $10 million a year in premium with 20 employees. In 1993, Bruce S. Denson joined the company as CEO to grow Cobbs, Allen & Hall into a large regional brokerage. Denson’s vision was for the agency to grow steadily at a rate of 15 percent a year for the next decade. By 2004, the agency boasted 140 employees with $300 million in annual premiums. Today, there are 175 employees in the corporate office in Birmingham and other branches: Gadsen, Montgomery and Mobile, Ala.; Atlanta; and Shreveport, La. In 2000, the agency joined Assurex Global, a partnership organization of elite private brokerages around the world.

Rice, who headed the group of investors in 1992, began his career in insurance with our agency. He previously had served as a vice president of a regional travel management services company.