No surprises! High unemployment makes the case for EPLI

Employees simply cannot relate to the speed from gloriously good times to the shock of sudden unemployment. This shock quickly turns to resentment, which leads them straight to the Equal Employment Opportunity Commission. 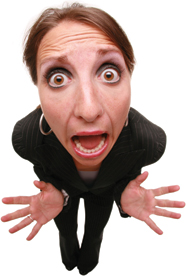 Reports of the failing economy, the rise of unemployment and the hopes and fears of federal stimulus packages have become a blaring noise from the radio and TV. News stories abound: “Private-sector payrolls lose 697,000 jobs” or “Employee Discrimination Claims Set Record.” Americans–employers and employees alike–have fallen upon tough times. According to a report from Automatic Data Processing, a payroll-processing company, the private sector lost approximately 697,000 jobs in February, up 25 percent from January’s 522,000 job cuts–not exactly hopeful prospects for a financially and economically bright 2009. As of March 2009, the national unemployment rate was at 8.5 percent, and several states are even higher, such as California, where it is more than 10 percent. With figures like these, it’s understandable that hundreds of applicants will wait in line for hours to apply for one hourly position. Layoffs are taking place in record numbers, including employees with experience and seniority. Employees simply cannot relate to the speed from gloriously good times to the shock of sudden unemployment. This shock quickly turns to resentment as employees search for reasons behind the sudden change in their employment status, often resulting in the belief that their employers discriminated against them, which leads them straight to the Equal Employment Opportunity Commission (EEOC). According to statistics published by the EEOC in March 2009, discrimination claims jumped 13 percent from 2007 to 2008, with a record 95,402 claims filed in 2008. Age discrimination claims account for almost 26 percent of those claims–up 22.3 percent from 2007–and more than 34 percent include retaliation complaints (up 18 percent, almost doubled from 2007). According to the 2008 Jury Verdict Reports on Employment Practice Cases, employees win these cases 61 percent of the time. In addition: o The average overall jury award is $252,000 o The average overall settlement is $75,000 o You must pay your cost of defense, averaging $120,000 per claim o Employment law is unique because it requires employers to pay (if they lose) the costs of the employee’s (plaintiff) attorney fees in addition to the judgments, averaging $200,000. It is important to remember that layoffs cut across organizations in pure numbers. To keep their companies open for business, employers do not, under the law, have to consider whether someone is disabled or a member of a protected class before terminating jobs. Layoffs should be accomplished by applying a uniform method of cutting jobs across large employee populations. These uniform cuts will undoubtedly include some who are “protected class” members. “Protected class” employees, however, still have the right to sue employers by virtue of their protected class status–even if job loss is related to layoffs. Employment laws did not change (removing protected class rights) with the economic downturn. The Federal Register clearly states that “the EEOC must honor any and all complaints–even if they are unsubstantiated.” The example given in the actual body of the law says “…’I was fired based on my age’ is enough to substantiate a charge.” This is when the expenses begin to accrue for an employer defending the accusation that termination was because of the employee’s protected class. So when economic hard times ultimately result in layoffs, where will the money come from to pay for defense on these types of claims? There is no such thing as a release of a claim from the EEOC or the courts simply because the employer sees it as frivolous. Every time an employee files with the EEOC, the company is in the game and the expenses begin to mount. The employee has nothing to lose and incurs no expenses by initiating a claim against the employer. Regardless of the initial ruling at the EEOC (pro-employee or pro-employer), employees are always given a “90-day right-to-sue” letter simply as a result of filing an EEOC charge. Most employers do not realize that even a “frivolous” lawsuit may not necessarily be dismissed by the courts. Judges are not in the business of determining the validity of a lawsuit. Legal discovery requirements just to get to a dismissal hearing average $45,000 to $50,000 in defense costs, based on our internal analyses, including written discovery, depositions, etc. When sued under employment law, employers are forced to defend the lawsuits whether the claim is true or false. The burden of proof switches to the employer, which must defend and can prevail by showing that the employment decisions made were valid, based upon standard practices, and not related in any way to discrimination. This is the way that the employment laws were constructed by the federal government. Employment laws are unique in that they come with the potential for a worse financial outcome than standard injury or car accident claims. Contrary to the perception that anti-discrimination legislation has been in place since the 1960s, Congress and the Senate significantly updated these laws in the early 1990s by:

o Altering damages and adding the new feature of punitive damages rather than just the simple math of what the employee had earned or lost in wages, thereby attracting plaintiff attorneys Coverage Q&A: A municipality cut power to the insured's facility as part of an intentional load reduction.