U.S. federal securities class action suits rose 29 percent in 2008 over the previous year, fueled by the global financial crisis, according to a report by PriceWaterhouseCoopers. 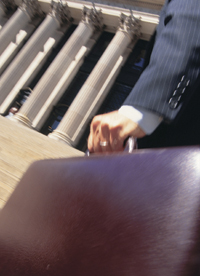 U.S. federal securities class action suits rose 29 percent in 2008 over the previous year, fueled by the global financial crisis, according to a report by PriceWaterhouseCoopers. The “2008 Securities Litigation Study” found federal class action security lawsuits increased from 163 case filings in 2007 to 210 last year. Most filings during 2008 were related to the financial crisis, with investment banks most often named as the defendants. Among the report’s findings: o Excluding the $3.2 billion Tyco settlement in 2007, total settlement value increased about 9 percent in 2008, from $3.3 billion to $3.6 billion in 2008. o 2008 was the second consecutive year that federal cases have increased, after dropping to 109 in 2006. o Most of the 2008 suits were non-accounting related cases, which in the past have settled for less than accounting-related suits. Sixty percent of the lawsuits were non-accounting cases, the first time these cases outweighed accounting cases since 1996. o Most of the suits were filed against Fortune 500 financial services companies, a possible indicator that the ultimate settlements will be higher. o CEOs are named as defendants most frequently, with 83 listed in 2008. CFOs were the second most named defendants last year, followed by president and chairman. A copy of the report is available at www.10b5.com.

The value of agility for insurers

As consumer demands change, insurers must understand how technology and versatility can make them more competitive.