According to the report, as of Oct. 1, 2007, a total of 13 named storms, four hurricanes, and two major hurricanes have developed this season. The October-November forecast remains almost the same as

According to the report, as of Oct. 1, 2007, a total of 13 named storms, four hurricanes, and two major hurricanes have developed this season. The October-November forecast remains almost the same as the predictions made in early August and September.

How does the insurance industry view touchless claims?

A survey from Celent and PropertyCasualty360.com examines how carrier executives, adjusters, appraisers and investigators view the use of AI in claims.

Just a few days after the bill was signed, one major insurance company was hit with two suits for alleged bad faith. 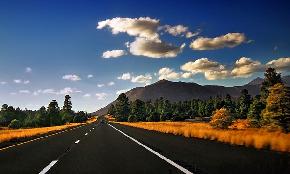