Governor and insurance superintendent credited with helping to break the

New York Governor Eliot Spitzer personally entered negotiations and helped close a deal between the World Trade Center’s leaseholder and seven insurers on a $2 billion settlement of all remaining claims arising from the Sept. 11, 2001 destruction of the twin towers by terrorists. The agreement between Silverstein Properties and the carriers was described by Gov. Spitzer and Insurance Superintendent Eric R. Dinallo as the largest settlement in regulatory history.

Their announcement–made in the New York Insurance Department’s Neil D. Levin Hearing Room in Manhattan–was symbolic, the governor noted, because the room was named in honor of the former insurance superintendent who lost his life in the Sept. 11 attack. The room was packed with city, state, Port Authority officials and insurance executives. 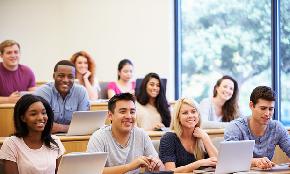 Technology spending for college students in 2022 is expected to be 22% higher than in 2021.